Within the world of children’s publishing, Andrea Pinkney has become an icon. Her career spans more than twenty years, and during that time she’s juggled many hats. 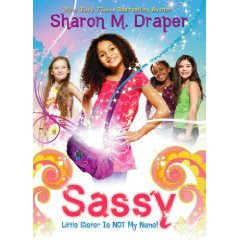 Andrea began her editorial career at Essence Magazine as Senior Editor, Contemporary Living, where she headed up one of the most vibrant profit centers at the magazine. She then went on to pursue a career in children’s book publishing; at Simon & Schuster she served as an acquisitions editor, and then at Disney Publishing’s Hyperion Books for Children, she served as Editorial Director. During her tenure at Disney, she was the founding editor of Jump at the Sun, the first African American children’s book imprint at a major publishing house. Under Jump at the Sun, Andrea launched the hugely popular best-selling series, The Cheetah Girls, which has now become a Disney media franchise. Andrea also created the Shanna Show book series, now a Disney Channel animated selection.

After Disney, Andrea joined the Children’s Division of Houghton Mifflin as Vice President and Publisher. While there, she served as the strategic visionary and chief architect of the children’s trade editorial program and oversaw the successful expansion of the company’s key franchises including the Curious George publishing program and the media tie-in program for the bestselling children’s classic The Polar Express. Additionally, Andrea acquired and edited many award-winning books, among them Toni Morrison’s Remember: The Journey to School Integration and A Wreath for Emmett Till. Andrea also published the teen book Serving from the Hip by World Class tennis pros Venus and Serena Williams, which was featured in a two-part special on The Oprah Winfrey Show.

This year, Andrea was named one of the “25 Most Influential Black Women in Business” by The Network Journal, a publication for Black professionals.

I’m very honored to present one of the most influential people in the children’s publishing business, my very first book editor, Andrea Pinkney:

Don: Your most recent published book, Boycott Blues: How Rosa Parks Inspired a Nation, is beautifully written and illustrated. What inspired you to write about Rosa Parks?

Andrea: Rosa Parks had a quiet strength about her. I found this inspiring. She was one of America’s sheroes whose courage and determination set her apart. By writing about her in Boycott Blues, I wanted to show young people that taking a stand can be done by simply standing firm in your convictions (or in Rosa’s case, sitting firm for what she believed was right).

Can you talk about your approach to telling the Rosa Parks story?

Andrea: Boycott Blues is told from the point of view of a blues-guitar-playing hound dog named Dog Tired. I chose this narrator because the blues is such an emotionally compelling musical form that speaks to the weary nature of the many dogged steps those boycotters must have felt. Then, too, the blues have hope wrapped inside them. Dog Tired delivers hope through his narrative. I thought, too, that by having a fiesty canine tell the tale, children might find it more accessible.

Andrea: I do wear many hats! Like any working mother, I have to balance and manage my time very carefully. My children and husband come first, of course, then my work. I get up very early in the morning and do my writing before I go the office, where I work as a children’s book publisher. I never leave home without my writing notebook, and get a lot of writing done in transit. One great place to create is while riding the subways of New York City, where I live. Weekends are family time, and they’re sacred.

What are the challenges in wearing so many hats?

Andrea: One of the challenges of wearing so many hats, is that I love each and every one of them!

What inspired you to make children’s literature the focus of your career?

Andrea: I started my career as a magazine editor. I worked at several women’s and special interest magazines. When I was a senior editor at Essence magazine, I produced many special sections for the magazine. One of those was a parenting section, in which we reviewed and featured children’s books. That was in the late 1980s, and I noticed there wasn’t a large selection of books by African American authors that covered a wide range of subjects (commercial, literary, historical, pop culture, fantasy, etc.). During a chance meeting with the publisher of the children’s division at Simon & Schuster, I mentioned this, and she offered me a job! I jumped at the opportunity because I saw such a tremendous need. I didn’t know a thing about producing children’s books (even though I’d authored two picture books at that point). The experience I brought to Simon & Schuster was that of a magazine editor — a profession that requires generating ideas all the time. I came to children’s book publishing with a lot of ideas, some of which I still have today.

In an ever tightening market, what advice can you give aspiring authors, interested in writing for African American children? Illustrators?

Andrea: The best advice I can give to any aspiring author is to write every single day. Work at the craft of writing. Take it seriously. Read. Read. Read. And make a study of books that are the best in the field — those that have won awards and are well reviewed.

What kind of stories do you like to read?

Andrea: As a publisher and author, I’m a big fan of historical fiction and also memoir. One of my favorite recent books is Elijah of Buxton by Christopher Paul Curtis (I’m a bit biased — this is a novel I acquired), and I love the memoir by James McBride entitled The Color of Water.

In your longtime career, what are some of the the biggest changes you’ve witnessed in children’s publishing?

Andrea: One of the most refreshing changes I’ve seen in recent years is the blending of genres — the pushing past the hard-and-fast lines of specific publishing categories. Nowadays talented authors and illustrators are creating books that can’t easily be put in a box. For example, I published a book entitled A Wreath For Emmett Till by Newbery Honor author Marilyn Nelson. This is an illustrated poem about the lynching of Emmett Till. Though illustrated, it’s not a traditional picture book, and it’s not for young children. The book has been embraced by middle school and high school teachers as a powerful teaching tool. Also, the book won a coveted Printz Honor medal and a Coretta Scott King Honor medal as well. It’s a book that I’m proud to say is “beyond category.”

What do you do outside the world of writing, reading, and publishing?

Andrea: When I’m not writing or working on books as a publisher, I’m doing things that make me happy. One is skiing with my kids and husband. I love sports. Last November I ran in the New York Marathon for the second time. I trained for a whole year, and ran in several New York City races leading up to the marathon. Running with my fellow New Yorkers is such a thrill! Also, I’m a true opera buff. Operas make the best stories.

What can your readers look forward to?

Andrea: My next book is entitled Sojourner Truth’s Step Stomp Stride, which will be published this fall by Hyperion. The book is illustrated by Brian Pinkney, my husband and frequent collaborator. The book introduces abolitionist Sojourner Truth and her mighty ways!