As a child, Katheryn Russell-Brown remembers enjoying books like The Snowy Day by Ezra Jack Keats and cherishing the coloring book, Color Me Brown. Her mother made sure she saw affirming images of herself.  When Katheryn became a mom, she wanted the same for her twins. “I was determined that they were going to have realistic and interesting images of themselves reflected in [ Read the full article… ]

It’s not often that a debut picture book earns three starred reviews. But that’s just what Katheryn Russell-Brown won for her brand new release, Little Melba and Her Big Trombone (Lee & Low, 2014). A law professor by trade, Katheryn was called to write for kids after she became a mom. Here’s her inspiring story [ Read the full article… ] 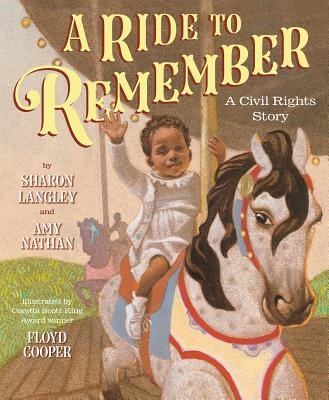 For nearly three decades, Vanesse Lloyd-Sgambati has celebrated and promoted the outstanding work of Black children’s book authors and illustrators through her essential organization, The African American Children’s Book Project. She has been a champion of connecting kids with Black creators, raising the profile of Black children’s literature and boosting sales through media exposure and [ Read the full article… ]

Today, we are proud to announce the honorees for our eighth annual 28 Days Later campaign, a Black History Month celebration of emerging and established children’s book creators of color. Each day during February, we will showcase an outstanding author or illustrator. We invite you to come along on our journey and spread the news [ Read the full article… ]

I first heard Rita Lorraine Hubbard’s name several years ago, when she produced her documentary. How impressive! I followed her remarkable career as she wrote book after book and finally asked her to share her writing success with our readers. Here, in her own words is how she has accomplished so much. When I was [ Read the full article… ]