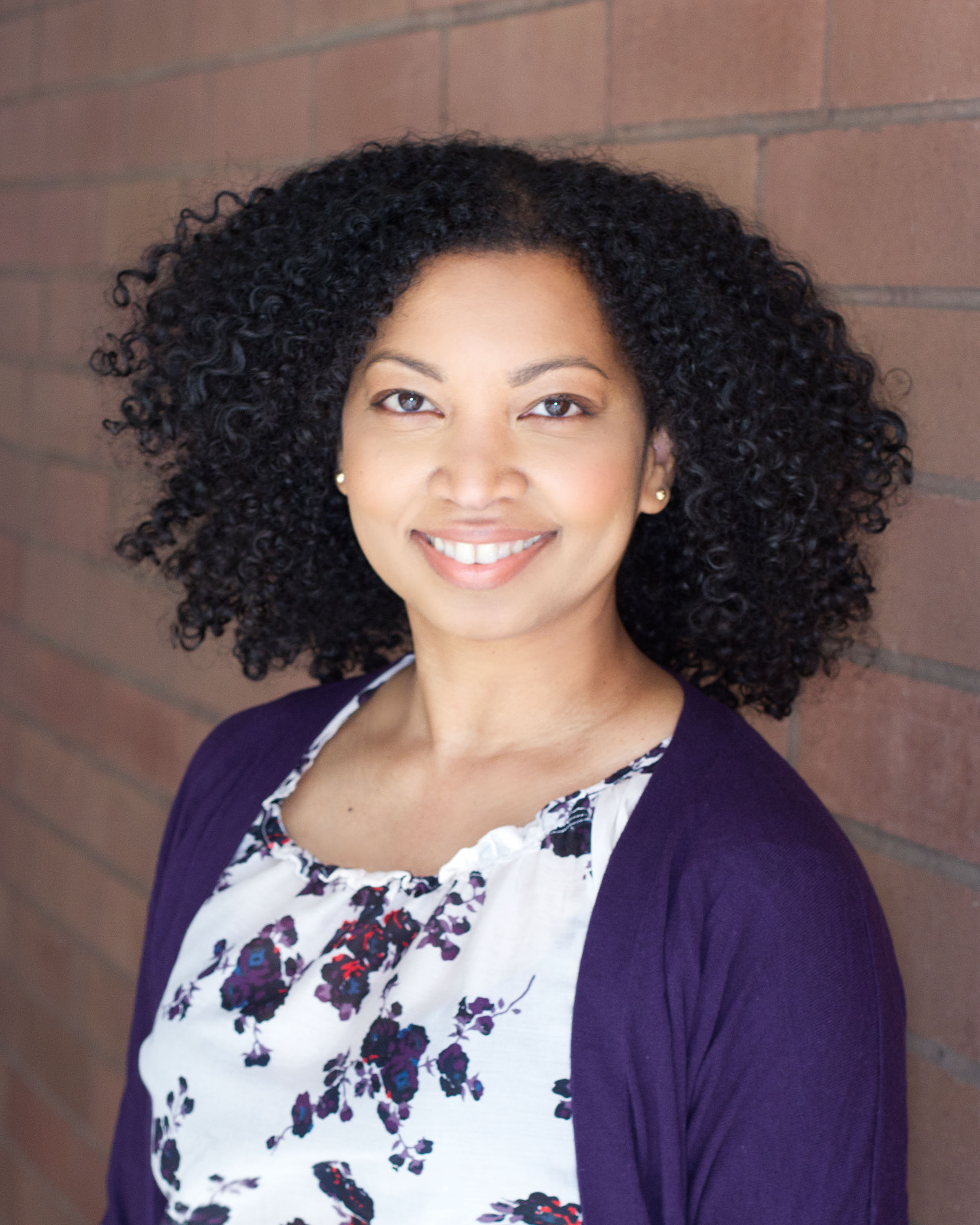 I interviewed Tracey for the Brown Bookshelf in 2012. As she shared Angel’s Grace with me, I quickly became a member of the Tracey admiration club. She writes. She edits. She encourages and she shares her knowledge with young people. Today, Tracey is giving the Brown Bookshelf and its readers the inside scoop on her latest book, The Jumbies. Welcome back, Tracey!

As a kid I could not get enough of fairytales. Princes, princesses, helpful fairies, vindictive witches, magical mishaps, and cleverly-hatched plans that led to happy endings were all I dreamt of all day long as I flipped through the pages of my beautifully illustrated Grimm’s fairytales, a book almost too large and heavy for my three year-old hands. But fairytales were something that happened in places far away from my native Trinidad, in lands where children could leave footprints in the snow, and you needed a large red cloak to keep the cold off your back. Besides, none of the characters looked anything like me with their golden hair and pale skin. So I had no hope of being chosen to marry a prince, or encountering a witch with architectural baking skills, or meeting an opinionated fairy (this being the greatest disappointment of all). But on warm island nights when the books were closed, and the ships at port bellowed out mournful horns, the stories were different. They came with warnings from the adults in my life such as “Never answer if you hear your name called at night. That is how the douens will get you,” they said.

Then I would listen to stories about how douens roamed naked through the forests of Trinidad with their feet on backwards to fool anyone who might follow them. They were small like children, but with the strength of grown men, and wore cone-shaped hats and not one stitch of other clothes. The douens would learn the names of children so that they could lure them into the forest, where the children would never be heard from again. “Just ask ‘did you call me?’ and wait for us to answer,” the grownups said. If they hadn’t called, I could be sure it was a douen trying to get me, and I would pull the covers more tightly under my chin. But the douens were not the only creatures to be feared at night in Trinidad.

There were also soucouyant, who were old ladies who shed their skin at night, burst into flame and came flying through your window to suck your blood. And there were La Diablesse, who had one regular foot and one cow hoof that they covered under long skirts. The lagahoo was a wolf-man who might help you as often as he might eat you. Papa Bois protected the animals in the forest, and sometimes punished the hunters who were after them. The water was a worry too, with Mama D’Lo, a half-woman, half snake who was as beautiful as she was vindictive. All of these creatures were called jumbies, a group of malevolent creatures who were hell bent on harming or at least tricking any human who dared to cross their path.

Jumbies were fascinating, but they didn’t come in beautifully illustrated books like my Grimm’s. Jumbie stories were very much alive. My uncles might meet a La Diablesse on their walk home at night. The red itchy bites that showed up on my legs in the morning might not be from mosquitoes, they might be from a soucouyant. And always, there was the threat of voices calling at night. I was living my own dangerous fairytale. Every person who encountered a jumbie and lived to tell the tale was brown-skinned like me, some even wore their hair in plaits like mine. But they were never in books. Why didn’t the children who looked like me have their own fairytales? We were just as clever. We had to be just as brave. Our foes were just as treacherous. Didn’t our stories deserve to be written down?

At the very mature age of three, I declared that I would grow up and be a writer. I would have my own stories with beautiful pictures that I could hold and flip through and read over and over again. I had just learned how to write my name. So the next step, of course, was a book.
Years later, I was in New York, between classes at NYU, and browsing through the shelves at Barnes and Noble when I came across a book of fairytales from around the world. I scanned the table of contents looking for Trinidad. Were there douens in here? Papa Bois? A soucouyant? No. But there was a story called “The Magic Orange Tree” from Haiti. “Close enough,” I thought and I flipped to the page. It was a Cinderella-type story about a clever girl, a magical tree, and an evil stepmother. I knew instantly that I could somehow take this story and make it my own. I would give my three-year-old self the fairytale she had been waiting for. I reread The Magic Orange Tree for years but it was only after my first novel had been published that I started working on the story that would become The Jumbies. Early titles were: The Green Woman, The White Witch, and the Magic Orange Tree; The Orange Tree Girl; and Growing Magic. And jumbies being the tricky, malevolent creatures that they are, didn’t make it easy for me to get them down on the page.

I worked on the story off and on for almost nine years. Over the course of that time, several people in the industry told me to just give up on the story and move on. “Some stories belong in the desk drawer,” one editor said. But there was something about this story that compelled me to keep pulling it out of the drawer even if it had been sitting there for years at a time. It wasn’t working. It was always missing something. But I kept slogging. My three-year-old self, it turns out, is quite the taskmaster. I lost an agent along the way, but found another with the manuscript for this story. Marie Lamba and I worked on it a little longer before she approached just the right editor—Elise Howard—who had also worked on another creepy tale, Neil Gaiman’s The Graveyard Book. The Jumbies was just her kind of story, and even then there were a few rounds of changes before it was final.

In just a few weeks, the three-year-old me will get the book she has been waiting for. Maybe not beautifully illustrated as she would have liked (though the jacket art is amazing), but this time the book will fit easily in her hands, and the hero will look like her, with plaits falling down her back. There is even a nod to the fairytale stories she used to love, with a little frog providing comic relief. But this story is all Caribbean. All Trini. All sun-kissed brown-skinned, and still, all fairytale.

Early reviews for The Jumbies:

“It’s refreshing to see a fantasy with its roots outside Europe.”
–Kirkus

About The Jumbies
Caribbean island lore melds with adventure and touches of horror in The Jumbies, a tale about Corinne La Mer, a girl who on All Hallow’s Eve accidentally draws a monstrous jumbie out of the forest, sparking a very personal war that only she can stop – a war made even more difficult once she discovers her own dark truth.

Jumbies (pronounced JUM bees) are trickster creatures from Caribbean stories, like the pint-sized douen with its backward feet, the soucouyant who turns into a ball of flame, or the man/wolf lagahoo.

Can Corinne save herself, her father, her friends, and her entire island from the jumbies? Preorder now to find out!

Join me for the launch of The Jumbies at
Watchung Booksellers, Montclair, NJ on April 28, 4-6pm
La Casa Azul Bookstore, Harlem, NY on April 30, 6-8pm
Enjoy the trailer!

Tracey is also the author of the young adult novel “Angel’s Grace” which was named one of the 100 best books for reading and sharing by New York City librarians. Tracey is also an editor at Rosen Publishing.

The Jumbies will be in stores on April 28th.

Join her for the launch of “The Jumbies” at
Watchung Booksellers, Montclair, NJ on April 28, 4-6pm
La Casa Azul Bookstore, Harlem, NY on April 30, 6-8pm

If you can’t attend the launch, it is available at

8 thoughts on “Tracey Baptiste and The Story Behind “The Jumbies””