For the last post in the Making Our Own Market series, we hear from trailblazers Wade and Cheryl Hudson.  Award-winning children’s book creators and founders of Just Us Books, they share important history and perspective. What progress have we made? How can we keep pushing for sustained change? We’re honored to feature the wisdom of the Hudsons.

Measuring Progress as We Expand Our Market

By Wade Hudson and Cheryl Willis Hudson, founders of Just Us Books

“The lack of diversity in children’s books is a problem that has been around for decades. Every few years or so, someone issues a clarion call for change. But too often, very little happens other than a few weeks of heated discussions and written exchanges. Then it’s back to business as usual. Perhaps now, we will REALLY do something about the problem. Not only does the industry need to publish more children’s books that reflect our nation’s diversity, the diverse books that ARE being published need to be supported. We all must be involved in this important cause—book creators, educators, librarians, booksellers, reviewers, and of course, parents.”

That statement was written in May 2014 in response to the beginning of the #WeNeedDiverseBooks campaign. At that time, we were looking back at decades of struggle to address the lack of diversity in children’s book publishing. We had created Just Us Books in 1988 precisely for that reason.

When we started our company we joined a small but determined group of writers, artists, educators, librarians and publishing professionals committed to bring change to an industry that was, like most other areas of our society, looking at the world through the “White gaze.” Some of those crusaders for change included scholars such as Dr. Rudine Sims Bishop, members of Coretta Scott King Awards committees, authors and illustrators such as Walter Dean Myers, Eloise Greenfield, Patricia and Fred McKissack, Tom Feelings, Floyd Cooper, Eloise Greenfield, Jerry Pinkney, Joe Bruchac, Virginia Hamilton, Arnold Adoff, and George and Bernette Ford; publishing professionals like George Kanellos of Arte Publico Press, Glenn Thompson of Black Butterfly Press, and Vanesse Lloyd Sgambati of the African American Children’s Book Fair in Philadelphia.

We hit the ground running at Just Us Books, inspired, motivated, and buoyed by the rightness of our mission, believing we could add our grit and ideas to the cause. Soon, we were joined by others—the Multicultural Publishers Exchange, (an early version of #WeNeedDiverseBooks), Lee and Low Books, Hyperion’s Jump at the Sun, editors Phoebe Yeh and Andrea Pinkney, authors Jacqueline Woodson, Jerry Craft, and later, organizations like The Brown Bookshelf. Despite all our efforts and those of supporters and advocates to make sustainable change, the industry responded with wavering trends and upticks in the publication of multicultural books for short periods, then back to business as usual. These teases motivated Walter Dean Myers, the late, iconic author, to write two essays in the New York Times in which he expressed his dismay about the lack of real change in the industry. “I Actually Thought We Would Revolutionize the Industry,” published November 9, 1986; and “Where Are the People of Color in Children’s Books?” published March 16, 2014. When The Brown Bookshelf published the above statement in an article we wrote for it that ran in May 2014, our view of the children’s publishing landscape was similar to Walter’s.

Six years have passed since then. We now have a more nuanced view for gauging past efforts. It is important for all of us to recognize and measure the progress we’ve made collectively in expanding the market for diverse books. To not do so is to fail to honor the hard work and sacrifice of those early trailblazers who remained steadfast.

From our view as veterans of more than 30 years of publishing and agitating, we see change in the industry. Yes, more diverse books still need to be published. More BIPOC need to be involved in decision making positions as publishing houses. Pervasive stereotypes that work their way into the books our children read must not be allowed to persist. But there has been meaningful change.

We cannot and must not measure progress only by what major publishing house do or don’t do, though their actions are essential. We must also measure progress by how we have expanded our reach to others, particularly to those in our communities. Many of them have become supporters, advocates and allies essential to promoting the importance of diverse books for children. Gaining visibility via the NAACP Image Awards is an example of that progress. During its earlier years, the awards did not include literature. So, in the 1990s, several of us sent letters and made phone calls to petition those who ran the celebration to include books as well as film and television. At first, a general literature category was added. We had to continue to encourage them to add other literature categories, including children’s books. Today, receiving an NAACP Image Award is a major honor in children’s book publishing.

For decades, books written and or illustrated by BIPOC depended upon institutional sales for success. Few found their way onto the shelves of bookstores and retail outlets. Just Us Books pushed and demanded that our books be given more visibility in the general market and shared that some of them, if given a chance, would do well. In 1992, Walter Dean Myers joined us at a book signing at the Toys R Us store in mid-town Manhattan, a big deal at the time.

Early on, we knew that Just Us Books’ success would be determined by our ability to get our books directly to the people, as well as by utilizing traditional distribution systems. At church gatherings, organizational functions and book fairs, we not only sold books, we cultivated supporters and made important connections. We set up radio and television interviews, mostly on Black oriented programs. We did signings at retail outlets such as the one at Toys R Us. We even organized Walter’s first ever trade tour for his book Brown Angels published by HarperCollins and for Malcolm X:  By Any Means Necessary published by Scholastic. 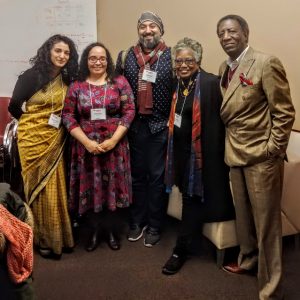 Progress must also consider whether others have joined the cause. Today, the fight for diversity, equity and inclusion has many more champions. In addition to #WeNeedDiverseBooks, The Brown Bookshelf, and those of us from the early years, there is the Annual Kweli Color of Children’s Literature Conference, Jason Reynolds, Zetta Elliott, Debbie Reese, Rafael López, Kwame Alexander, Christopher Myers, Sharon Draper, Meg Medina, Children’s Book Council and Diversity Jedi. The list grows longer each year. There are a growing number of independent publishers and imprints at major publishing houses headed by BIPOC dedicated to publishing voices that represent our diversity. Some larger publishers offer opportunities to BIPOC via diversity awards, fellowships and other programs. 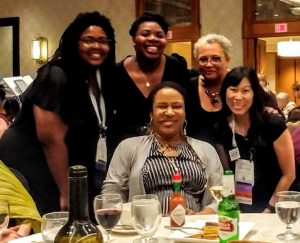 book creators are winning major awards – and not just every 10 or 15 years. Book clubs, literacy programs such as the Children’s Defense Fund’s Freedom Schools and First Book and sites such as Troy Johnson’s AALBC have had a positive impact as well.

Finally, the number of published authors and artists of color and others who have been marginalized, has increased significantly. Almost all of them, not depending solely on publishing houses, are engaged in marketing and promoting their books and are reaching out into various communities. These book creators, including self-published authors and illustrators, have formed marketing coalitions, support groups and have mounted campaigns that have helped to bring their books to a wider market. They are a major part of the progress story that continues to unfold. Those of us who create books for children and young adults are part of a real community. It is heartwarming to see so many of us encourage each other, share our experiences, and be genuinely happy to witness others’ successes.

Still, so much still needs to be done to ensure that progress continues. We must all remain vigilant and continue to educate and agitate. The reasons we need to continue to make progress are as true today as they were more than 30 years ago. Children of color, children who are marginalized need books they can see themselves authentically reflected in. White children—all children really—need to be exposed to books that help them see the world as it really is, peopled by different ethnic, gendered, cultural and racial groups. Children’s books are great vehicles for helping children understand their communities and their world.

All of us can play a role to ensure that the hard-fought progress continues as we push to achieve equity and fairness. There are steps we all can take!

Together, we can produce and get more diverse books into the hands of as many young readers as possible. In a country as polarized as ours, it’s sorely needed.

4 thoughts on “Making Our Own Market: Wade & Cheryl Hudson”