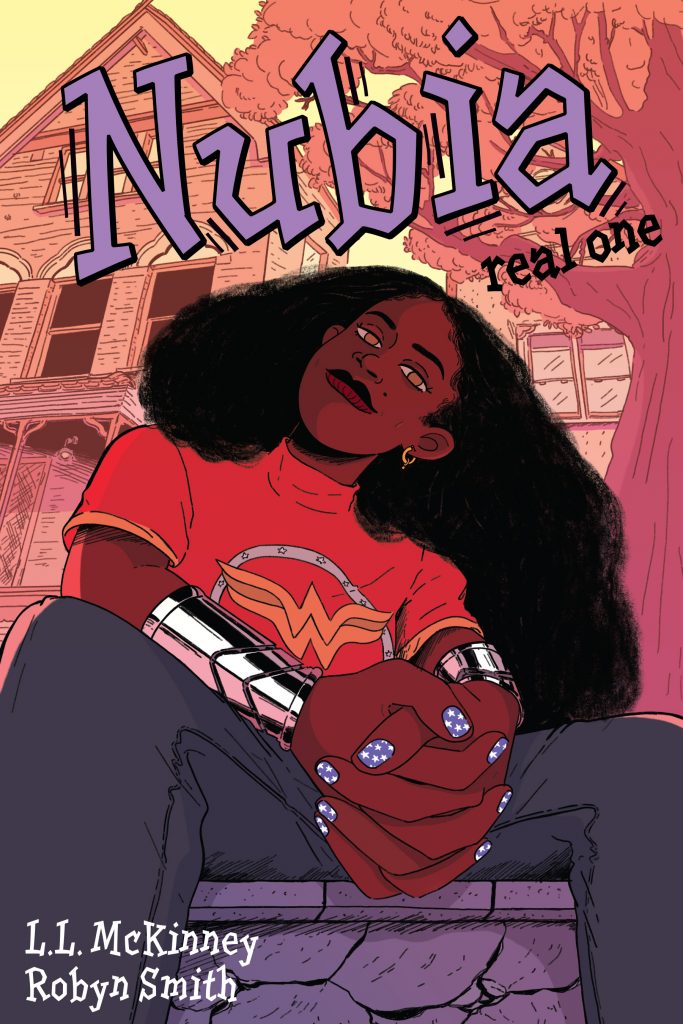 I admit to being  jaded about the DC or Marvel universes. When the movies first showed up on the big screen, I was excited to see a form of fantasy and magic take center stage. I  brimmed with anticipation, just like everyone else of an *ahem* certain age that had watched the cartoons or the campy 60’s portrayals. But eventually, there were just too many movies centered in these universes.  It became a chore to keep up with all of the releases, and like too other entertainment, it was old not seeing myself reflected.

The Avengers and Black Panther changed that for me. I anticipated these movies as if they were just the beginning of their prospective universes. Black Panther, in particular, was a breath of fresh air, a change in the wind. And now Nubia: Real One is the same. I have the same sense that there’s a shift in the wind. That something beautiful and magical is happening. Not only is the art captivating  and rich, but it’s written by one of the most incredible writers on the fantasy stage. Bringing Black Girl Magic to the Wonder Woman saga with two incredible artists? I’m in. 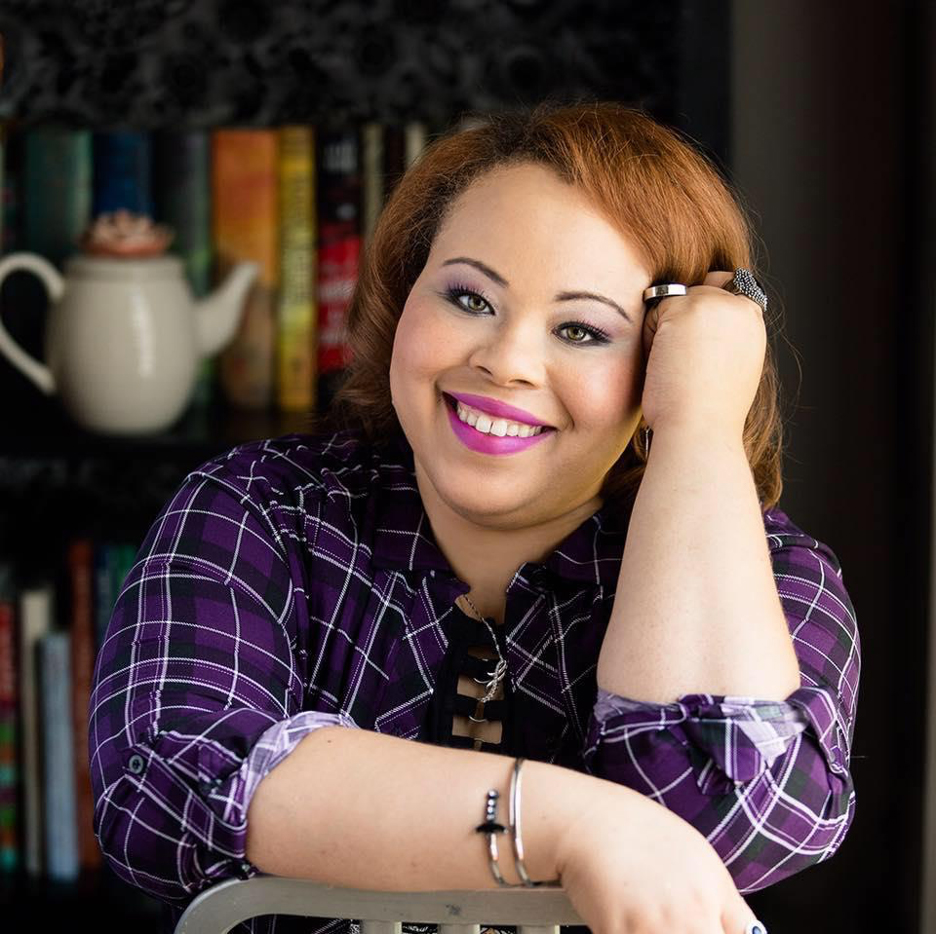 Toxic masculinity, racism and tackling social justice is a lot to unpack, but it’s done in Nubia: Real One. What was your approach to not only addressing these matters, but tying them into a cohesive story?

Elle: These are issues that impact the lives of people across the country, the world, every day. Teens are people, so they have to deal with the mess too, unfortunately. And teens from specific communities have to weather these storms more than most. I’ve spent a lot of time talking to these kids, listening to them. It’s surprising—not really—how much you can learn when you take the time to listen. Plus, all of these issues were still around when I was that age, even if we didn’t view or discuss them the same way, and I remember what it was like being faced with certain situations or bearing witness to them and wanting to help or being too scared or talking to someone who had been too scared. That kind of stuff stays with you, so it was a combining of these parallel narratives that let me parse one for Nubia. 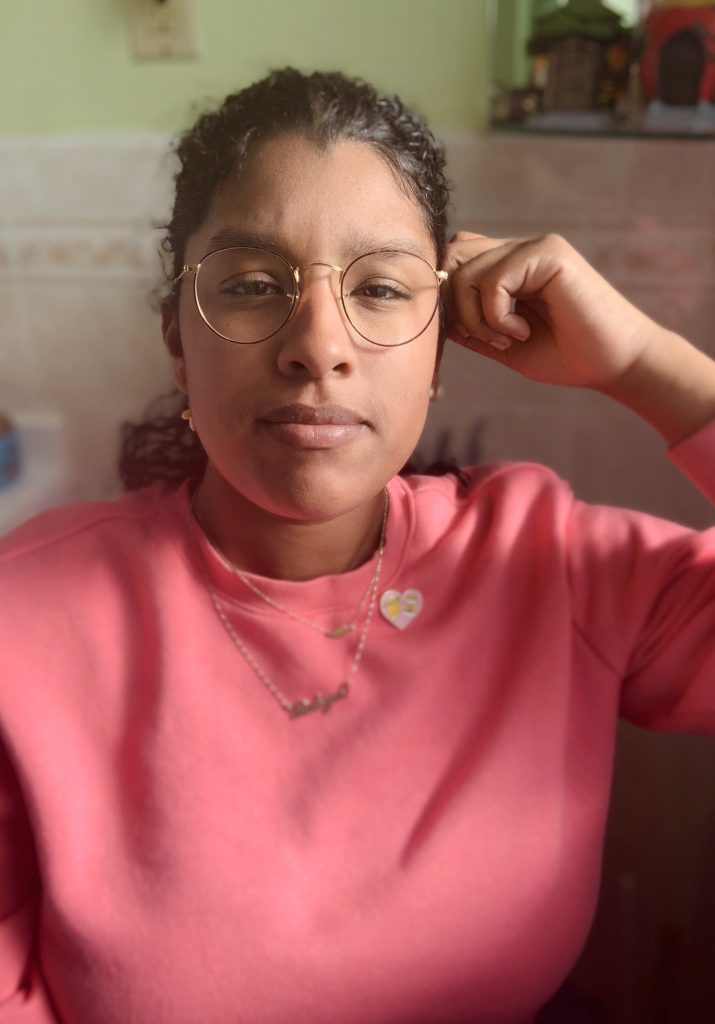 The illustrations are seeped in this beautiful purple. Purple is associated with royalty – is it a coincidence that you chose that as the primary color vibe? Talk a bit about the color palette chosen and why it matched the tone of the text.

Robyn: That’s such a wonderful observation! Honestly with Brie Henderson and Bex Glendining working as the colourists, beauty is inevitable. After some trial rounds the colour palette was chosen with warmth in mind.

Colours that can both reflect the brightness of youth and can be muted to match the seriousness of the emotional tone throughout.

Also, not to be basic but, pink is my favourite colour and I just really wanted pink to be one of the primary colours in the palette.

Pink is capable of conveying so much, both strength and tenderness and I thought that would be fitting for the story.

How long had Nubia: Real One been in the works? Did you all collaborate on direction/tone prior to writing/illustrating or did the illustrations play off the finished text?

Elle: A few years ago, I tweeted that I wanted to write Young Justice. Someone at DC who followed me DMed me and we talked about what they were trying to do with the new YA line and how they wanted that to go. In the end, I pitched YJ, but I snuck Nubia into the story. I’ve always been a fan and hollering about how she needed to be brought back, so this was my little way of doing it. The team gravitated towards her and asked me to pitch a book ABOUT her, and I did. They then asked for a script. While we were working on the script, they started looking for artists. I was adamant about wanting a Black woman. I looked at lots of samples, but there was something about Robyn’s work… The way she imagined the characters, their dynamics with one another that you can just pick up on from a single picture, their realness and fullness, I was obsessed. And that only increased when we got pictures of the actual scenes! Robyn won me over the way I know she’ll win readers over, because her art IS this story. It just is. I don’t know how else to put it. This book is what it is because of her.

Robyn: I was contacted to try out for the job in late 2018, so that should give you a picture of how long this process took. Although I worked exclusively off of Elle’s script, I still communicated frequently with both her and the editor, Sara Miller.

We all worked closely together to create something totally cohesive and I enjoyed making sure our visions lined up when illustrating Elle’s words.

This book will fill an immediate gap in comic offerings featuring Black and Brown characters – what is on your wish list when it comes to expanding on Black superheroes?

Elle: I want more Black heroes and more FOR Black heroes. Nubia deals with a lot of heavy subjects, because the kids I wrote her for deal with those things and have talked about not seeing any heroes come from where they come from or tackling the issues that impact them and their neighborhoods and families. It’s awesome to see heroes saving the world, but the specificity of seeing them go hard for Black folks is something else. I want more stories of Black heroes just doing the hero thing as well. I’ve always been an advocate for stories about Black people just living life. Going on adventures, falling in love, hanging out. Entertainment needs to break away from ONLY boosting and giving space to stories about Black pain. Those stories are important, and Black people should still be able to examine these issues through the vehicle of storytelling, but these publishers have a habit of only throwing money at those tales. Throw money at Black romance, Black fantasy, Black heroes. Why not a Nubia series overall? I know she’s in Future State—quick plug!—but that’s two issues. She deserves more space. We, the fans, deserve that, too.

Thank you, Elle and Robyn, for your insight and artistry. I am sure I am not alone when I say I’m excited about Nubia: Real One!