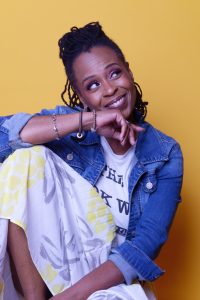 Today, we welcome Alicia D. Williams to The Brown Bookshelf. An oral storyteller in the African-American tradition, she is also a kindergarten teacher who lives in Charlotte, North Carolina. Genesis Begins Again is her debut novel. And check out that cover — it’s stunning! We’re honoured to have you and Genesis here, Alicia!

My love of stories started way way back. On my father’s side, you’ll find some of the best natural born storytellers. I promise you, every single holiday, year after year, my aunts and uncles would tell the same exact childhood stories–almost words from word–and we’d all laugh till tears rolled down our cheeks as if we were hearing them for the very first time. I tried to join in with an ad lib or two, but the words never flowed like theirs. Now, on my mom’s side, it was a little different, more quieter. So, you’d find me sitting quietly in a corner with a book. I found solace in Judy Blume books. I was a heavy set kid, so I closely identified with Linda in Blubber. Talk about being bullied, whew. I laughed from the wild antics of Fudge in Superfudge and Double Fudge. And through Margaret in Are You There God? It’s Me, Margaret, I learned how to increase my bust, girl stuff that my mom didn’t want to necessarily discuss, and how to navigate friendships. And lastly, there was a Bookmobile that came to my Grandma’s neighborhood. I loved loved loved the Bookmobile. This love affair eventually led to me writing stories. Gosh, I wish I had those archaic writings now. But I do have a play that I wrote when I was in my good ol’ twenties, inspired by The Colored Museum. As an adult, I went on to write and perform one-woman shows based on historical events and people. Afterwards, I had this great idea for a novel and started going around telling anyone who’d listen that I was writing a book. Year after year, same spiel. Eventually, people stopped believing my tale and would give me that ‘Yeah, yeah heard that before‘ look. I didn’t like that look.

Back in 2009, I knew I had to do more than just talk the talk, so I started attending writer conferences. At one, I took a workshop by Jewell Parker-Rhodes, and afterwards I had the audacity to email her a sample. It was Jewell who not only read an excerpt from me–a stranger–but suggested that I go to school. She was right, I needed to learn the craft. In 2012 I happened to attend the Black Storytelling Conference in MN. Tables lined the marketplace and there was one table without any storytelling swag. I just knew it was a Sprint representative ready to tempt me change my service. No way, I strutted right on by till I saw the banner: Hamline University MFAC. Mary Rockcastle, the dean, and esteemed author Eleanora Tate chatted about the school and encouraged me to apply. I did, and got in. And let me tell you, I was so green I could’ve blended with the grass. I knew nothing. What was wonderful about the program was that it was extremely nurturing. It didn’t have a feeling of competition, we all had one goal and that was to write good literature for children. And that’s where Genesis began.

Just because I started the story at Hamline, doesn’t mean I finished it. January 2014, I was coming upon one full year of my graduation anniversary, and I had nothing to show for it. Nothing except a good 100 pages. I made a commitment to push Genesis to the end and revised it. I’m glad I did. That July, Anne Ursu asked to read my manuscript. Ha! It was in awful shape. Like seriously. I worked and worked and worked on that story and that November I sent it to her. She liked what she read and offered feedback (thank you!). In January 2015, I sent it out and landed an agent. We revised it again a few more times and I landed a deal. What was special about Anne asking me to read my manuscript was that it was unconditional. It goes back to that nurturing mentality and wanting to get good literature to our children. Anyway, I never had her as a graduate advisor, only a workshop leader. But when someone sees something in you and want to help you, my advice–be ready, or hustle your butt off to get ready. 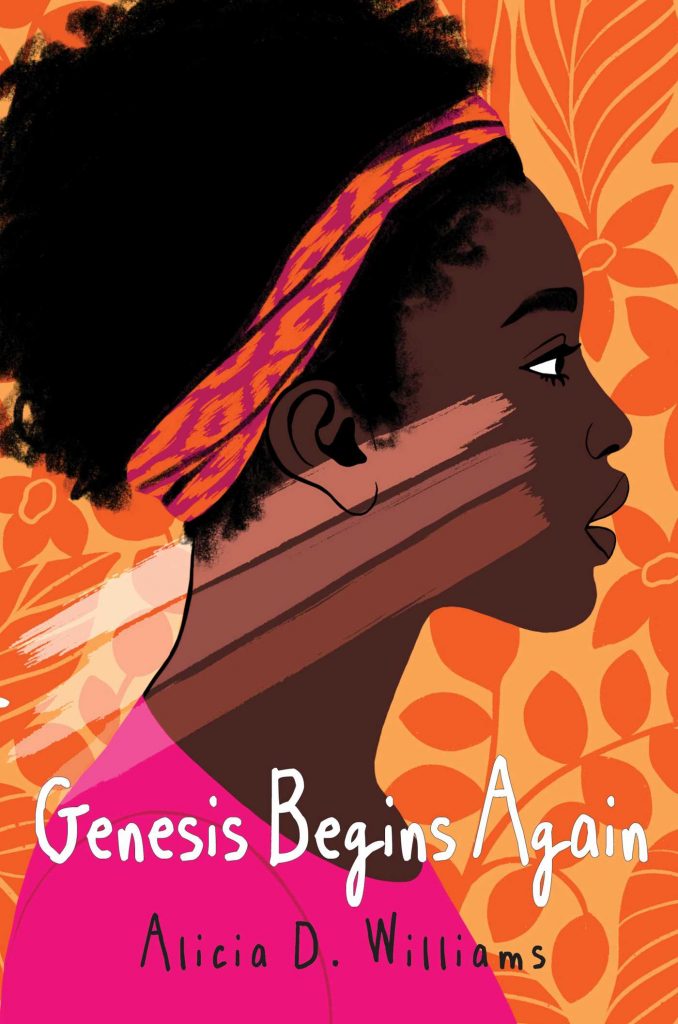 I’m still learning my process. But for now, I allow the project to guide me. With Genesis, it was all about the character and her world. Most of the supporting characters were built from people I’ve met since childhood. It’s funny the memories that will come up as you develop a story. And let me admit this secret: I don’t have a writing program. Nope. I just scroll back and forth through Word. I know, I know, I’m ancient. Oh, and I’m addicted to notebooks and journals. All over the place I have notebooks full of mind maps, character backgrounds, timelines, plots, notes from research, and questions–the same story can be found in several notebooks. I wish I can admit that I’m quite organized in my writing, but this is evidence on how scattered I can be. The starting part is always a challenge for me. But once I pass that hump, then there’s the hump of the dreaded middle. But once I’m over that one, I’m on a roll. Now, each revisions need a big visual. For Genesis, I had big poster sheets of paper up on my wall with each scene written on them. While writing, I often read books dealing with issues I’m struggling with, like first person versus third person point of view, to see how other writers handled it.

It was suggested that I don’t write Genesis. Even during my recent book launch, a questioner asked if I was afraid because I was tackling a taboo subject. “We (African-Americans) just don’t talk about this stuff.” Yeah, I’m scared. But, I’m a middle school teacher and worked in kindergarten for six years and I see the damage to our kid’s psyche because of this “sweep it under the rug” attitude. I see brown children ashamed to use a multicultural crayon that matches their skin tone. I see them shading in their self-portraits with the lightest touch, color barely showing. I’ve seen five year-olds crying about their “big poofy hair.” I’ve been warned not to have a child by a dark colored man or I’d have dark babies. My brother and cousin both were determined to have children with light skin women with colored eyes. It goes on and on. Yeah, I’m afraid, but because of these truths I need to be brave. Where do we go from here? We write stories that we’re afraid to tell. We write stories that will change us, change others. We write stories that might be deem uncomfortable. We write stories that require us to be brave.