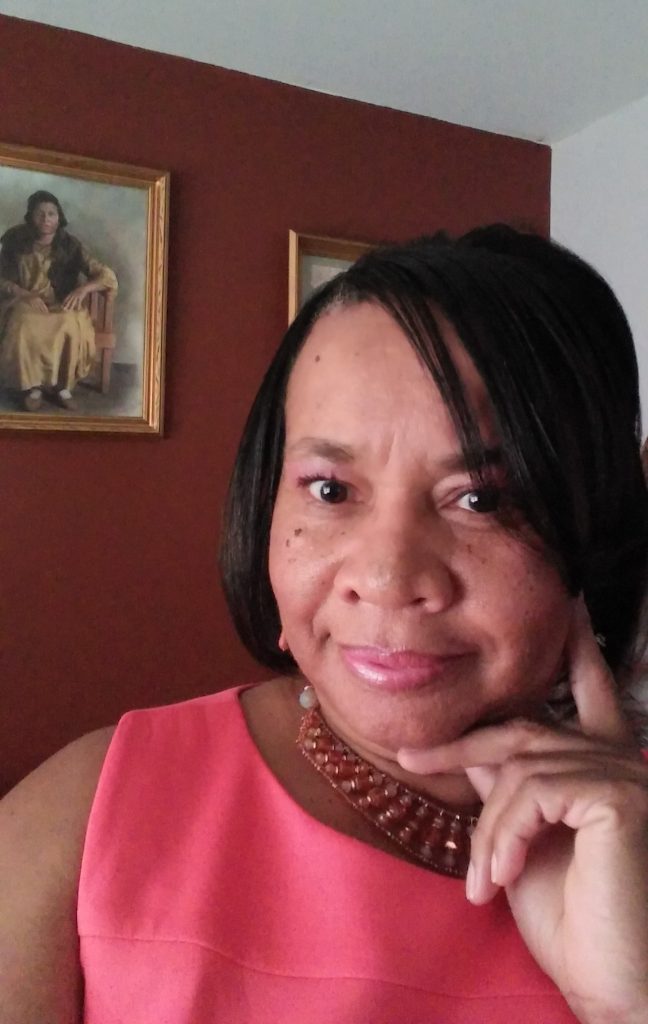 One of the things we at The Brown Bookshelf love most is being able to bring awareness to talented authors and illustrators creating books for children before they blow all the way up. I’m not sure if this feature is happening in time to stake that claim regarding author Rita Lorraine Hubbard, seeing that her first children’s book, Hammering for Freedom, has received multiple starred reviews and is on just about every booklist I’ve seen over the past several months…but how about we claim it anyway?

No newcomer to writing, Hubbard has several published titles in print and a second picture book–The Oldest Student: How Mary Walker Learned to Read, illustrated by Oge Mora and published by Schwartz & Wade–is on the way. Without further ado, we proudly present today’s celebrated author, Rita Lorraine Hubbard!

The Journey: What was your path to publication?

My path to publishing goes way back. I can remember folding and stapling lined notebook paper in first grade. I would be so excited that I had just made a blank book and could put anything I wanted inside! I would sit at my little desk and write and illustrate picture books for no one in particular – I just did it because writing was a part of me. I wrote two series, although I didn’t understand that’s what I was writing at the time. The first series was about a little lost puppy that had all sorts of adventures. I remember at least four books (maybe more) in that series; the other was about a little girl who was, of course, the most popular girl in school, and who did all sorts of fun and amazing things. I can remember her face to this day, though I can’t remember any of the things she did. Her name was Sally, lol.

By middle school I was writing poetry and sonnet-like pieces that sometimes found a place in the school newspaper. One piece, about a girl who looked in a mirror and saw something unusual on the other side, was celebrated in a newspaper that bridged all the schools in our county. The newspaper was called…wait for it, The Bridge. 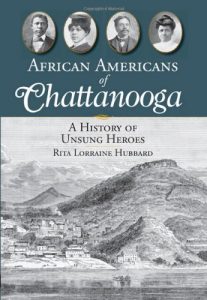 Fast forward to 2002, when a local philanthropist purchased an African American teaching hospital that was built in 1915 and asked me to dig up its history. As I dug, I found all sorts of amazing stories about local African Americans…which led to my first book, African Americans of Chattanooga: A History of Unsung Heroes. As I researched, I kept running across the name William Lewis in various footnotes, census reports and early newspaper articles. William made a cameo in my first book, but since his name was everywhere, I figured it would be wise to find out more about him. One of the many amazing things I discovered was that he came to Chattanooga as a slave and eventually freed himself and his entire family.

The Back Story: How did you get your book deal?

Every year Lee and Low sponsors the New Voices Award competition for unpublished writers of color. I had been spreading the word about this competition on my blog for years, but in 2012 I had become so immersed in William’s story that I decided to compete. I wrote a fictionalized version of William’s story that I called “Bill’s Family Reunion.” I fictionalized it to free myself from the parameters that come along with trying to mine elusive details about bondage, slave laws, manumission, and the dates that certain events occurred.

The story won first prize! I was thrilled, to say the least. Although I write across genres, I have always wanted to write picture books, and this was my first. I’ll skip the finer details about how I ended up with three editors, but I will mention that this definitely dragged out the publication date. In any event, once I was assigned a third editor, she asked how I felt about re-writing William’s story and making it nonfiction. I agreed, and though it was hard work, I truly enjoyed the journey. I ended up consulting with local and national historians, several historical societies, some modern-day blacksmiths, a few descendants of blacksmiths, and a local author, historian and newspaperman (Mr. John Wilson) who gave me free access to decades of notes he had gathered on William and his family.

With these tidbits as fuel, I rewrote William’s story and it became Hammering for Freedom. 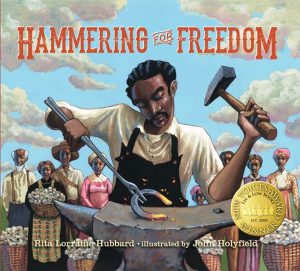 The Process: How do you work?

I don’t think I have a particular work regimen. Sometimes I suddenly see a character in my mind and I begin to build an entire story based on him or her. Other times, I can hear a name or phrase and a story begins to form. I also get story ideas by watching people and the ways they interact with each other.

Do you outline first or just go?

No, I don’t outline first. Once an idea or concept forms, I typically just begin writing and let the words flow. I find that the story tells itself just fine…it doesn’t need any help from me — at least, not in this stage. Once I’m done writing, I print out the story and self-edit from there. During self-editing I go back and tighten the story by outlining the major points and events I want to bring out, or by using The 7 Plot Points as a guide to my writing.

Is there a technique or routine for drafting or revising that you find particularly helpful?

Yes, printing out a hard copy of my story works for me. For some reason, things I miss on the computer screen become more evident in my hard copy. As I read what I’ve written, I can easily find the bumps and snags, and can see where I may need to shift text or content.

As I mentioned above, once my story’s on paper, I use The 7 Plot Points to make sure I stay on task. In fact, it’s what I used for my next picture book that will debut in 2020 called The Oldest Student (Random House). I wanted to make sure I touched on all the major points I wanted to bring out about the MC’s long, long, long life (she lived to age 121!). I also wanted to make sure I handled the character arc well. The 7 Plot Points helped me do just that. I don’t know where this method originated, but if you’re interested in trying it out, you can use your favorite search engine to find it.

Do you have an office or other location that works best for you?

Yes, I have two locations that work best. I often clear my mind (and escape the telephone) by going to a nearby duck pond and writing freehand. Then when I’m ready to put the story in Microsoft Word, I return home and use an extra-bedroom-turned-author’s-den that has computers, printers, bookshelves, file cabinets and writing supplies. That’s where I go when it’s time to get on the grind.

I am thankful to have received these recognitions and/or honors for Hammering for Freedom, and to be able to add The Brown Bookshelf feature to the list. 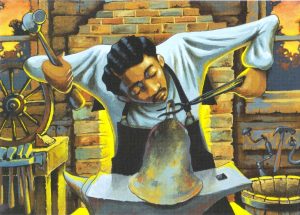 To find out more about Rita Lorraine Hubbard and her passion for history, visit her sites: RitaHubbard.com and TheBlackHistoryChannel.com