Patrice Lawrence was born in Brighton, Sussex, and raised in an Italian-Trinadadian family.  She has an MA in writing for film and TV.  Her novel Orangeboy won The Bookseller’s YA Book Prize in 2017, The Watrstons Children’s Book Prize for Older Children 2017, and was shortlisted for the 2016 Costa Children’s Book award.

I agree with Patrice that more English writers need opportunities to present their books in the United States.  Hogwarts school and Downtown Abbey should not define them.  Patrice has an amazing story to tell as she takes us on her path:

It is with great honor that I present to you:

The Journey
My brother recently discovered my teenage diary. It is cover to cover angst driven by hormones and an unrequited infatuation with a boy in my history class. (Or was it unrequited? There are many, many paragraphs dedicated to ‘did he know’?) In between protracted daydreaming about slow-dancing with my prospective loved one to Barbra Streisand’s Woman In Love (on a barren planet, for goodness sake!) and stressing over my best friend beating me in a Chemistry exam, I’ve kept letters responding to the poems that I had sent off in hope. And these are old school letters beaten out on an old school typewriter. Some are rejections, but one is from the local newspaper, the Brighton Evening Argus, paying me one pound to print my poem. It was my first paid gig.

I have been a writer for a long time. I was encouraged to read from an early age and always lived with people who loved books. In secondary school, English teachers encouraged me to write and, rather splendidly social media has done its thing and two of the most influential have recently contacted me to congratulate me on my success. I was so happy to be able to tell them how much their encouragement helped me, because as well as supporting my writing, they suggested I read widely. Early forays into Paul Zindel and S E Hinton certainly influenced my YA books!

Prior to the publication of my YA novels Orangeboy and Indigo Donut I wrote short stories for adults and children and two books for younger readers for educational publishers looking to diversify their range of authors and stories. Granny Ting Ting is set in Trinidad and Wild Papa Woods in Trinidad and Lamu, off the coast of Kenya. It was a joy to explore the mythical characters from my mother’s homeland, Trinidad.

The Back Story
Orangeboy was an accident. I had decided I wanted to write crime novels and booked on to a residential course to learn the ropes. We were all given individual prompts to hide, like clues, in a piece of prose. My prompt was: He woke up dreaming of yellow. My first thought was an apocalypse in Springfield. My second was mustard. Suddenly, I saw it clearly – a shy sixteen-year-old boy on a date with a girl way above his league. They’re at a fairground and she’s adding mustard to his hot dog. He hates mustard, but doesn’t want to ruin the vibe. They go on some rides together and he’s not always sure if she likes him. When the ghost train stops, she’s dead. It was very different from my planned work set in 1940s post-war Port of Spain, Trinidad.

Orangeboy was shortlisted for the prestigious Costa Children’s Book Award, as well as many other awards and won the Waterstones Prize for Older Children’s Fiction and the YA Bookseller Prize. It had been rejected by all but one publisher, but Emma Goldhawk, the editor whose desk the manuscript landed on, championed it within Hachette and beyond. It was contemporary YA told by an older young man of colour – not the most commercial of propositions. As a lifelong Londoner, Emma thought it was an important story. The fact that she recognized one of the bus routes in the book, clinched the deal. 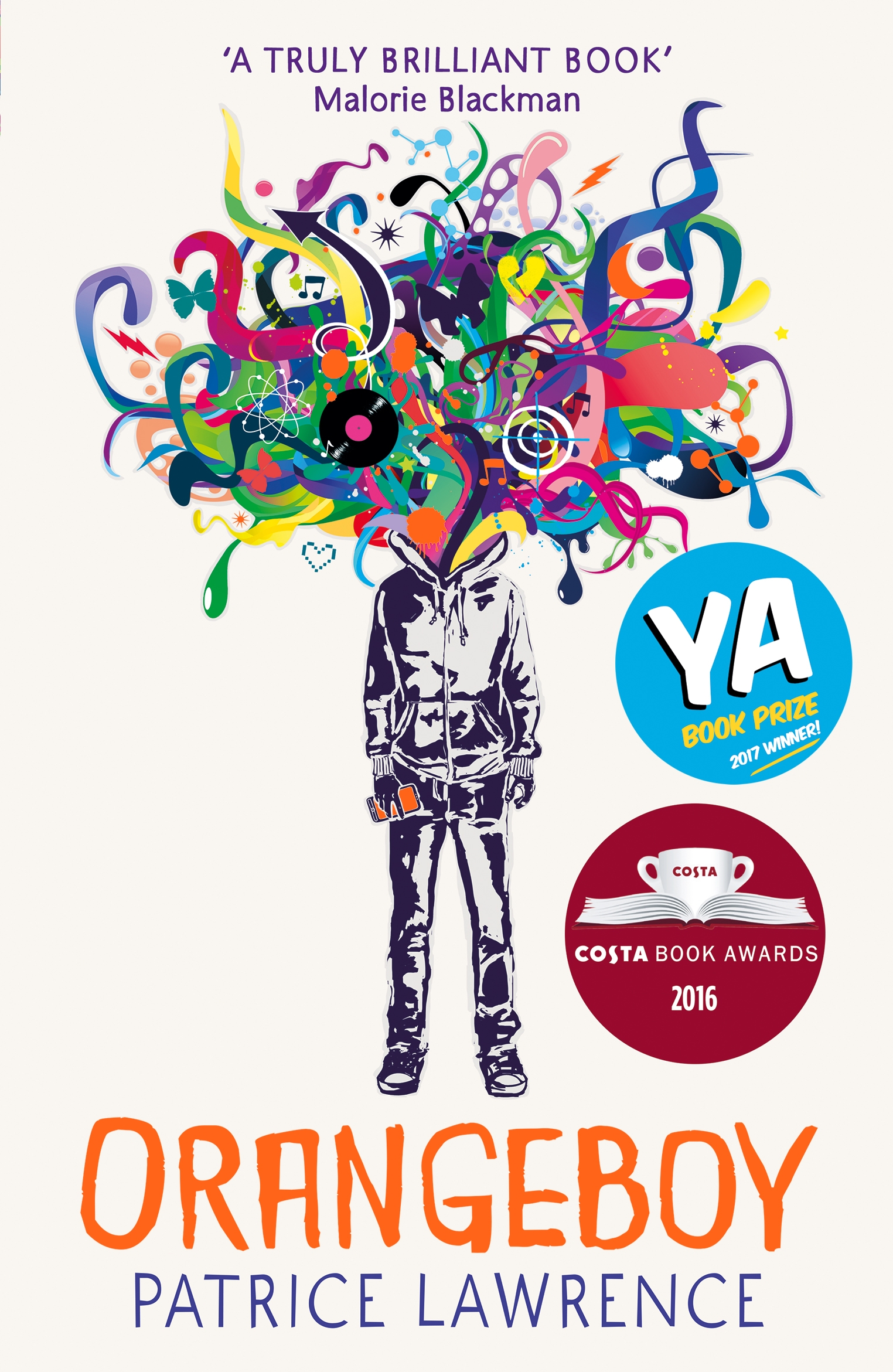 I was offered a two-book deal. My second book, Indigo Donut, was published in the UK in July 2017. I only became a freelance writer at the end of last September. For the previous twenty years I have worked in the UK charity sector in a range of areas supporting justice and equality and this has fed into my writing. Indigo Donut was partly prompted by the deaths of Peaches Geldof and her mother, Paula Yates. In both cases, children had been in the house. No matter how much their families tried to protect them, the circumstances and speculation about their mothers’ deaths would always surround them. Their grief would always be public. Indigo is a young woman on the cusp of leaving the foster home she loved. She is still processing mother’s death at the hands of her father and the fact that anyone could find out one of the most tragic and important moments in her history. I also wondered, what would it be like to be in love with this girl and know even more than she did? Oh – and what if they both loved Blondie?

The Inspiration
My books are full of music. I recently wrote a blog post about my random trigger songs – the ones where you hear the first few notes on the radio and you are catapulted back to another place and time. Mine range from Lee Marvin singing ‘I Was Born Under A Wanderin’ Star’ to a calypso by the Trinidadian great, the late Lord Kitchener. I am a big Bruce Springsteen fan. Okay, in the 80s there was a sort of aesthetic admiration and my way into his music was via the very English Frankie Goes To Hollywood cover of ‘Born To Run’. I love the stories behind Springsteen’s songs and the fact they always felt like the soundtrack to S E Hinton books. I’ve always been a sucker for songs with stories from Elvis’s ‘In The Ghetto’ to Green Day’s ‘Basket Case’ to Kirsty McColl’s cover of Billy Bragg’s ‘New England’. 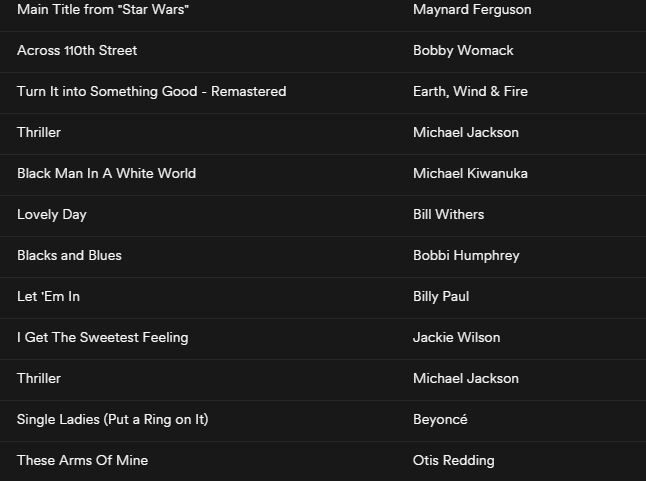 Films are fantastic for story inspiration. It’s a cliché but Pixar films can be something special. So much is crammed into the opening minutes of ‘Up’ – it’s a masterclass in storytelling. I will always stop everything to watch any of the ‘Toy Story’ films if they come on TV and even now, I catch jokes that I missed before. Studio Ghibli films are another joy because of the combination of strong female characters and beautifully realised backgrounds. I also often write to their soundtrack. Actually, I’m doing that right now.

And books? So many, but can I just say that I read A LOT of Stephen King at a formative time of my writing life.

The State of the Industry
Hmmm. Where do we start? I wrote a long article about being a writer with privilege and making it to publication. How did I get through when other ‘own voices’ didn’t? A friend, the blogger Miriam Khan, recently tried to pull together a list of YA books by writers of colour being published for the first time in the UK in 2018. I think she struggled to make it to double figures and that was including mainstream anthologies that may have a story or two by writers of colour.

There is ongoing discussion and many initiatives but still, the current situation does feel quite dire in mainstream publishing. One of the exceptions was Stripes Publishing who commissioned YA writers of colour to write short stories for an anthology called A Change Is Gonna Come. They also put out a call for unpublished writers to submit short stories and paid the four new writers whose stories were selected. Paid! That’s how it should be done. There were also paid opportunities to gain editorial experience and for the design of the book.
But, we can’t forget that young people are creative, innovative and clever. If the mainstream ignores them, they will find their own way to get their voices heard.
However, can I have a little gripe about the US? In the UK, we have been consuming US books and films from babyhood onwards. Be it Disney, Pixar, Twilight or the Fresh Prince of Bel Air, we have embraced it! I grew up having absolutely no idea what ‘sophomore’ or ‘freshman’ was, but I read on. A whole generation learnt about adolescent sex from Judy Blume. So come on – give something back, US! 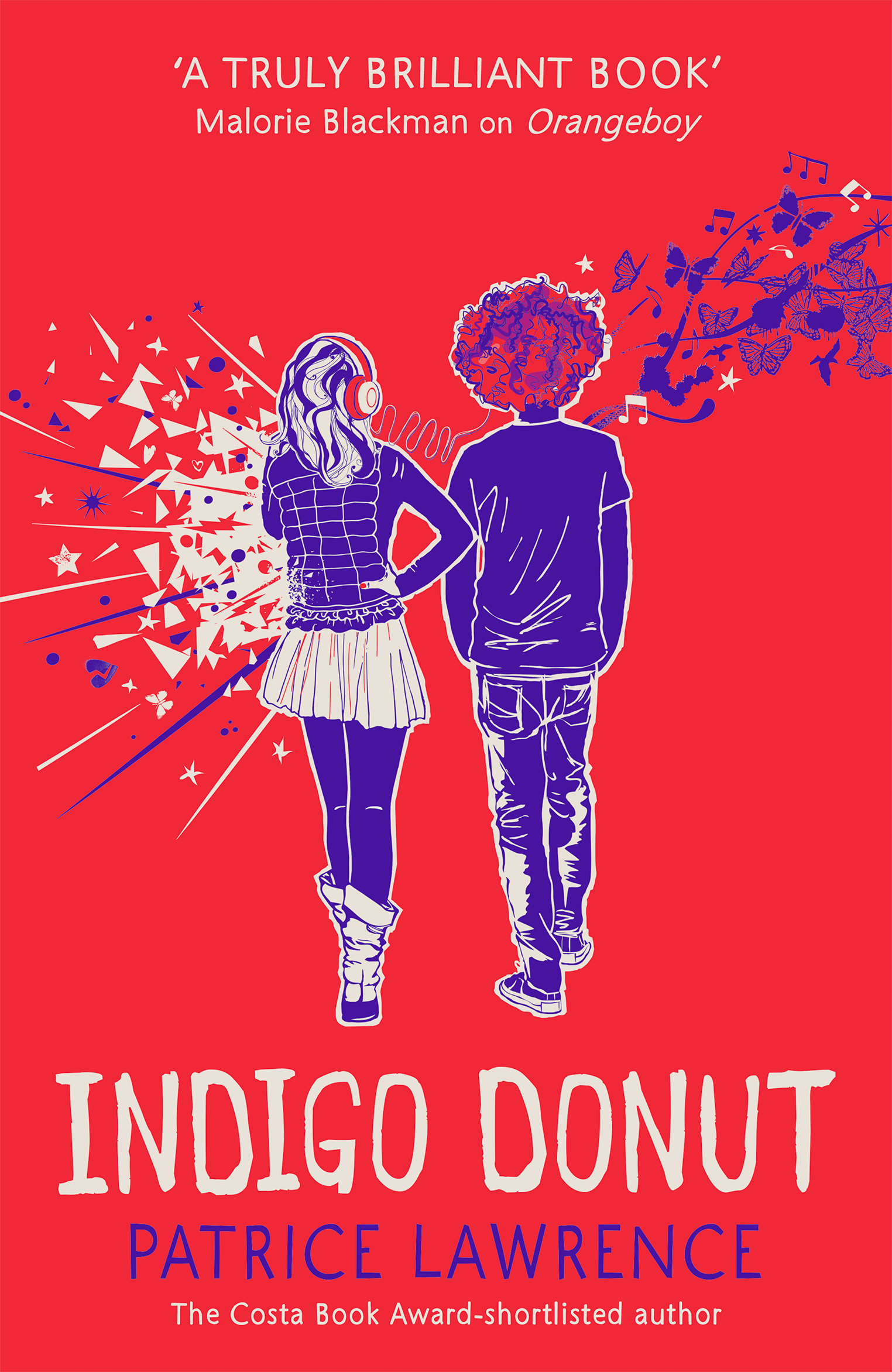 Last year, I was lucky enough to be on a panel with Angie Thomas when she was touring the UK. As Harry Potter fans pointed out, it was like the Waterstones bookshop had found the room of requirement as the demand for tickets was so heavy, new space had to keep being found. Many bloggers, including many white bloggers who would not necessarily share many points of reference with Angie, have named THUG as one of their top books of 2017. UK readers are an open-minded and generous bunch.

So why can’t the US embrace versions of England that aren’t shaped by JK Rowling or Julian Fellowes, the writer behind Downtown Abbey? Why do publishers believe that contemporary multicultural London with all its flaws, complexities and stories is too difficult a concept for US readers? In our session together, Angie Thomas mentioned how little many US people of colour know about their peers in the UK. If we don’t exist in your popular culture, your film and TV programs, is it a surprise? I would love Orangeboy to be published in the US. I think readers would absolutely get it, because in the end it’s about a young man who makes difficult – and wrong – choices. For me that feels universal. So USA, how about demanding more books by UK writers of colour? Honestly, it would really help us!

Thank you, Patrice, for your hard work and amazing contributions to children’s literature!