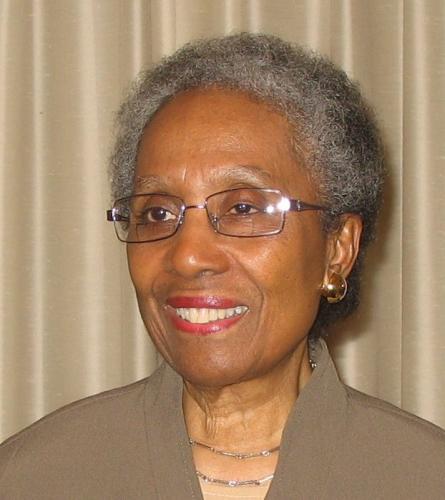 I knew that Eloise Greenfield loved me. As a child, I pored over HONEY, I LOVE over and over again, and could hear the words of her poems just as if she were right next to me, speaking to me, chatting with my mother and grandmother, reminding me that I was special, powerful, beautiful, and fully LOVED.

We featured Ms. Greenfield back in 2008; she was born in 1929, in segregated North Carolina. She studied piano as a child, trained as a teacher and worked in civil service at the U.S. Patent Office. She had her first poem published in the Hartford Times in 1962 and her first book (a biography of Rosa Parks) was published in 1972. Her bio notes that she’s won the Coretta Scott King Award for Africa Dream, and a CSK Honor for The Great Migration: Journey to the North (which was also an ALA 2012 Notable Children’s Book.) 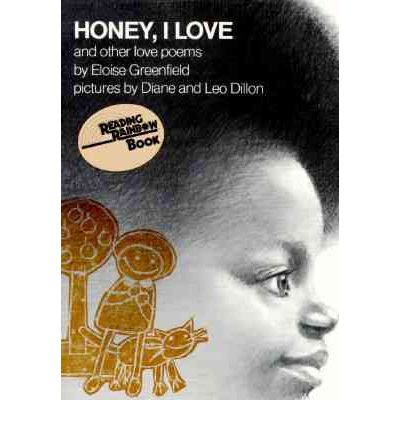 “She received the Carter G. Woodson Award for Rosa Parks. For Honey, I Love and Other Love Poems, she received the 1990 Recognition of Merit Award, presented by the George G. Stone Center for Children’s Books. She received the Boston Globe/Horn Book Honor Award for Childtimes: A Three-Generation Memoir, written with her mother, Lessie Jones Little….On February 23, 2013, she was one of twenty African American women who received the Living Legacy Award from the Association for the Study of African American Life and History (ASALH), an organization founded by Carter G. Woodson…the NCTE Award for Excellence in Poetry for Children, given for a body of work to a living American poet; the Virginia Hamilton Literary Award; the Hurston/Wright Foundation’s North Star Award for lifetime achievement…In 1999, Ms Greenfield was inducted into the National Literary Hall of Fame for Writers of African Descent. For her body of work, she also received the 2007 Wheatley Book Award, sponsored by Quarterly Black Books Review as part of the Harlem Book Fair.” 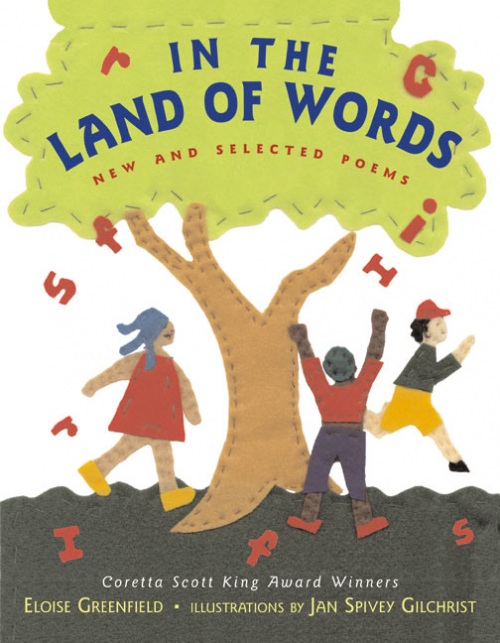 The author of more than 40 books of poetry, fiction, and biography, Ms. Greenfield’s work celebrates “love and the simple joys of everyday life”, the rich heritage of the African Diaspora, family, and childhood. In her 1979 biographical work Childtimes: A Three-Generation Memoir, she wrote:

“People are a part of their time. They are affected, during the time that they live by the things that happen in their world. Big things and small things. A war, an invention such as radio or television, a birthday party, a kiss. All of these help to shape the present and the future. If we could know more about our ancestors, about the experiences they had when they were children, and after they had grown up, too, we would know much more about what has shaped us and our world.”

Eloise Greenfield’s loving work nurtured me and my creative self; my mother read the poems aloud, I finger-traced Leo and Diane Dillon’s illustrations of cornrows and braids like mine and my sister’s. I read her words and they helped teach me that language was music, rich with flavour and history and hope. Though she often wrote about an African American experience that was not quite my own, I read her mentions of cousins who lived “down South” and a way of life that resonated with this child of immigrants. “I want to make them laugh, I want to give them ideas, I want them to see how beautiful they are,” says Greenfield in this talk at the Congressional Black Caucus Foundation’s 40th Annual Legislative Conference in 2010. When I occupied spaces that made me feel as though I did not belong, Ms. Greenfield whispered to me that I did. “I relate to the human experience, whenever and wherever it occurs. Over the many years of my life, I have witnessed the strength of children and I am inspired by it,” she said in an interview.

Thank you, Ms. Greenfield. I remain inspired by you.

For more about Eloise Greenfield: