I first met Ibi Zoboi at a writing conference in New York City. We were passing each other through a crowd, and she said that an editor had mistaken her for me because we both submitted stories set in Haiti. My novel is more of a mashup between Trinidadian and Haitian cultures, but Ibi’s debut, AMERICAN STREET is an immigrant story that is solidly Haitian and questions how the American dream may be different in our minds than it is in reality. What I found most striking in her work is the juxtaposition of gritty reality with magical realism. Her book debuts tomorrow to rave reviews. Please welcome Ibi to the Brown Bookshelf. 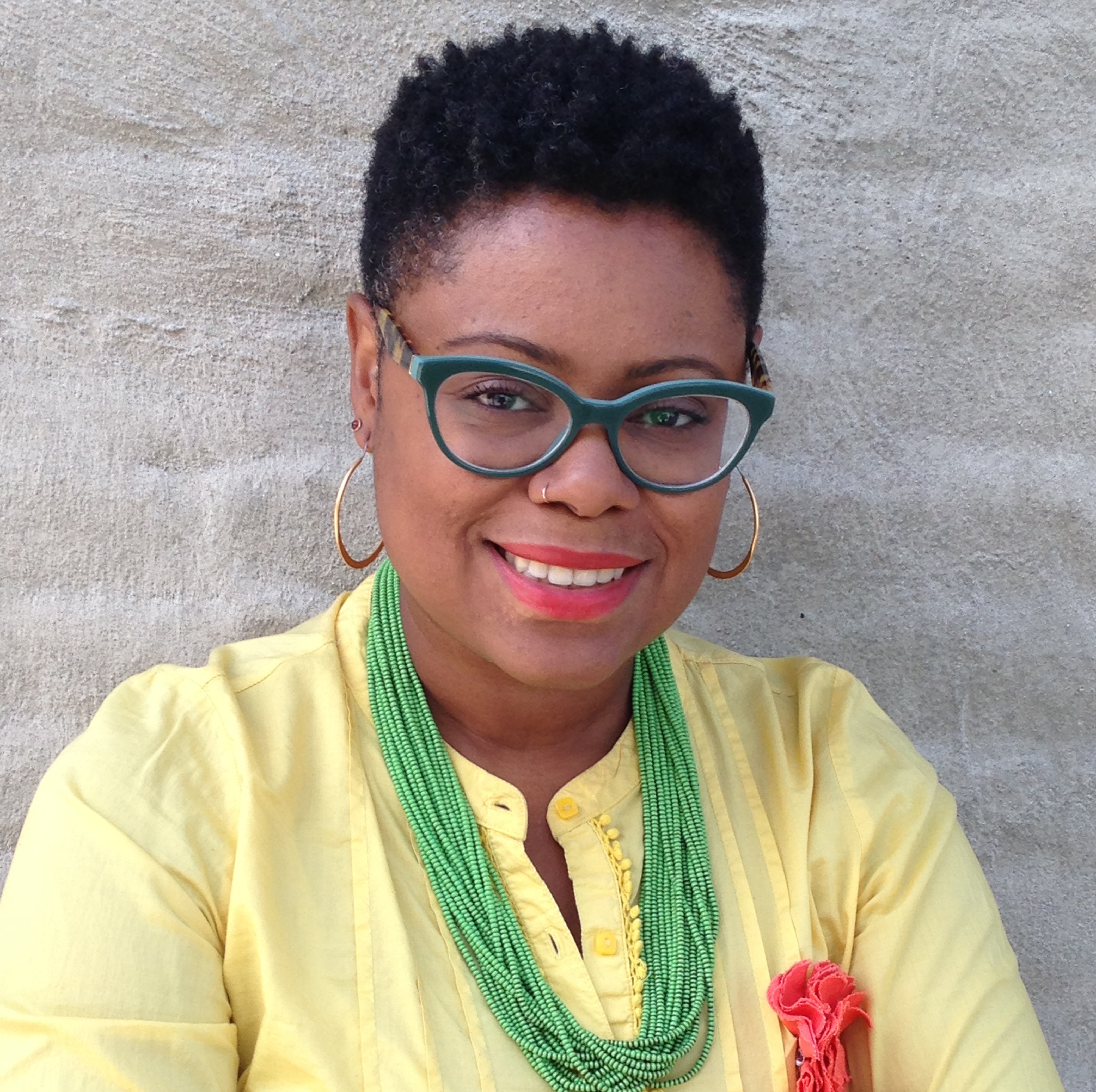 can clearly remember the actual day I made the decision to be a writer. There was no particular journey or goal. I called myself a writer and that was that. I was in college and got myself one of those pens you can wear around your neck and carried around a steno notepad and proclaimed to the world that I was a writer. And writers write. This was all after first calling myself a spoken word poet and storyteller. I embraced the oral tradition before the written mode, although, I was writing the whole time. I studied black poets and I read African and Caribbean folktales and myths. I tried to commit to memory Anansi stories and Brer Rabbit stories. So in that sense, I was always a storyteller. But as a writer, I was a journalist first. One of my first passions besides myths and folktales, was investigative journalism. So my journey to publishing began there, needing to dig for the truth and tell it to the world. From that point on, I realized that I could make a little bit of money with this writing thing. I published articles, essays, and short stories. But unfortunately, I ended up spending more money than I was making. (No one had warned me, or if they did, I didn’t listen). I took writing workshops in college. I applied for and got accepted into the Clarion West Science Fiction and Fantasy Writer’s Workshop to study with the late Octavia Butler. I spent one week at the VONA (Voices of Our Nation) Workshop. Finally, I went for an MFA in Writing for Children and Young Adults at Vermont College of Fine Arts. I loved the process of studying craft and talking about writing and books. So I consider myself both a writer and a scholar. I need to understand both the craft and the canon. So for me, writing is studying, and studying is writing. It’s an endless journey. 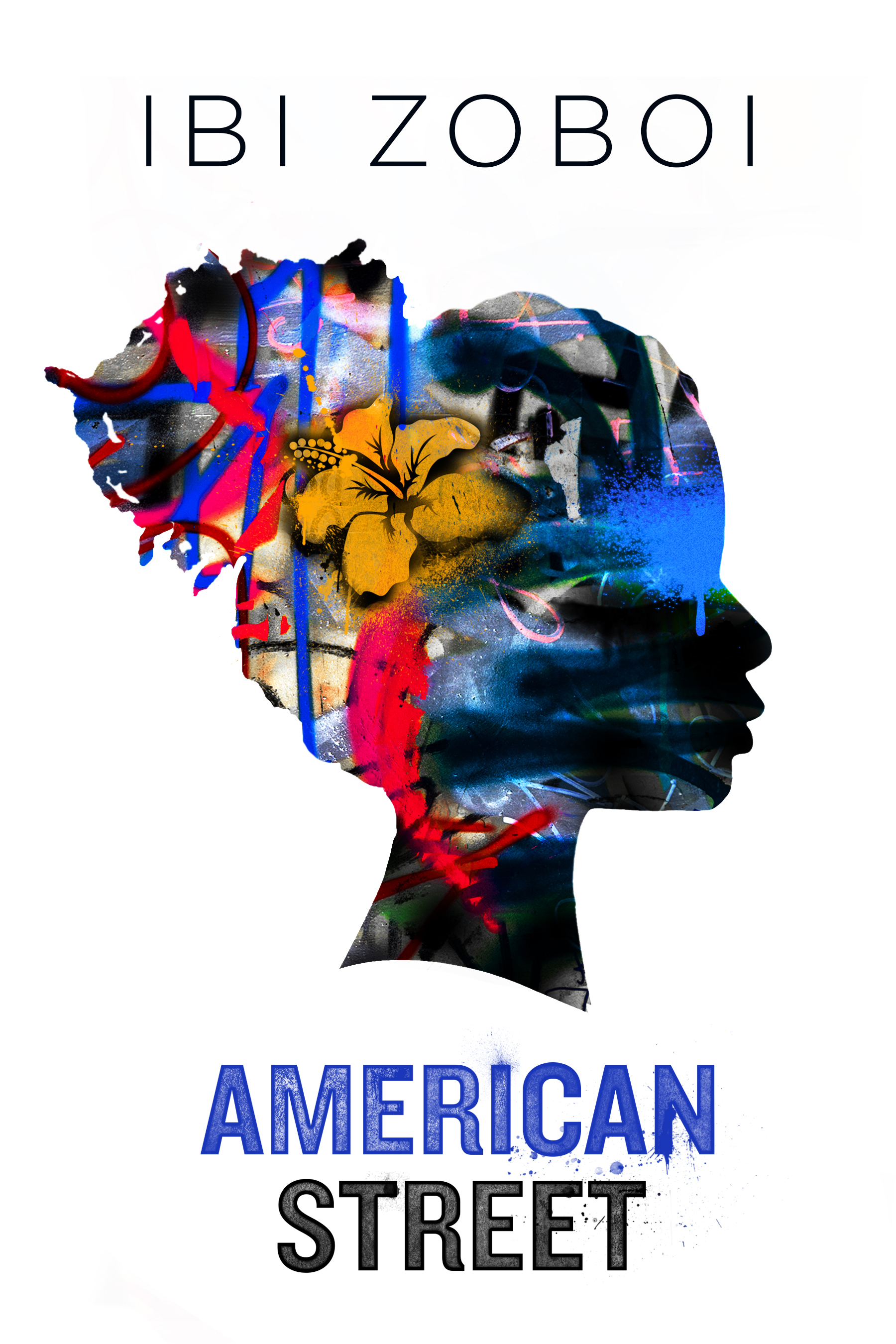 Now that is long, winding road of a back story. I’ve always written about the immigrant experience. As a Haitian immigrant, it’s the only kind of story I know. Whether it’s in the form of science fiction, fantasy, or even a long poem, I write about what it’s like to move from one place to another trying to fit into strange surroundings while preserving cultural traditions. The very first ideas for American Street began to take root after I read a New York Times article titled “Last Stop on the L Train: Detroit.” The L Train runs through my old Brooklyn neighborhood of Bushwick which is now being gentrified. These new residents are priced out by wealthier newcomers and some are considering less expensive cities like Detroit. I remembered how incredibly broken and underserved Bushwick was back when I was a little girl, much like many parts of Detroit now. So I wondered what it would be like for a Haitian teen to move to somewhere like old Bushwick with its boarded up windows and empty lots. I needed to dig deep into this idea of going from one broken place to another, and what we keep and what we leave behind in the process. And through my teen girl’s story, I wanted to uphold the beauty and strength of black girlhood in the the midst of uncertainty and trauma. Most of all, I wanted to explore what happens to families in both marginalized communities and countries. How do they preserve their love for each other? How do they build dreams atop so much adversity?

Edwidge Danticat, for sure! Even before I watched her on Oprah, through her first book Breath, Eyes, Memory, she let me know that the world still cared about little black girls from poor countries like Haiti. And she also let me know that Haiti may be financial poor, but it is incredibly rich in culture and has a long tradition of storytelling. Octavia Butler taught me to think big, to reach for not only stars, but other planets. I’ve had the honor of meeting and speaking with both writers.

American Street has received five starred reviews. My proudest moments were signing books for teachers who either had Haitian students in their classrooms or were Haitian themselves; and anyone who’ve told me that they connected with Fabiola’s story, even if they didn’t share her background. My next YA book is set in Bushwick and is a love story. My first middle grade novel, My Life As An Ice Cream Sandwich, is set in 1980s Harlem. I’m excited about these next books and they’re both due out in 2018.

I’ve read plenty of beautiful YA novels that I absolutely loved which are not written by black authors, nor do they feature black children or any characters of color. There was something truly remarkable in these stories that I connected with, and it didn’t have anything to do with race, identity, oppression, or trauma. This is what I would like to see as a reader—books featureing black main characters that don’t focus on any of these things. Why not a blockbuster book featureing a black girl that not only saves herself or her community, but saves the world? How about a love story featuring two black characters where no one dies? There’s a spoken word video that sums this up poetically—“I wanna see a movie about dinosaurs in the ‘hood!” And this would be a testament to our magic—nothing more, nothing less. I don’t think the industry understands what blackness is in order to accurately portray it in books, or to have blackness in all its diversity honestly reflected back to young black readers. We need more range, more diversity within diversity, more magic and adventure to balance out the pain and trauma. We still have a very long way to go.