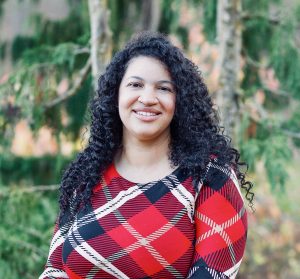 Debut young adult author Michelle Coles fought for civil rights as an attorney before expanding her mission to include writing history stories for teens that filled them with purpose and pride. Listed as one of the John & Lillian Miles Lewis Foundation’s Good Troublemakers, she says on that site: “It is my responsibility to bring to bear all of my talents to encourage, inspire and combat as necessary to ensure that all young people have every opportunity to soar. That’s what I call getting into good trouble.”

Michelle is doing just that. Winner of the New Visions Honor Award from Lee & Low Books, her novel, Black Was the Ink was inspired the grief she felt over the Mother Emmanuel AME Church Massacre and wondering how she could prepare her son for the hate that exists in the world. She discovered an inspiring church history that connected warriors of the Black Lives Matter movement, Reconstruction and slavery.

We are proud to feature Michelle Coles on Day 15:

My journey to becoming a young adult author began in motherhood. For the last decade, I’ve worked as a civil rights attorney and regularly spent my days researching and writing, but I’d never attempted to write fiction. That changed in the summer of  2015, when a teenage white supremacist entered the Mother Emanuel Church in Charleston, South Carolina and took the lives of nine innocent people. I was on maternity leave at the time and suddenly felt compelled to write a story to help my infant son and other children contextualize why atrocities like that kept happening and hopefully give them the tools to reject hate.

The biggest surprise in my journey was discovering how many mountains I would have to climb on the path to becoming a published author. I don’t have a creative arts background and had never actually met an author before I started writing Black Was the Ink. I naively thought the biggest challenge would be writing a good book, but there was so much more to the process than that. After spending a couple of years researching, writing, and polishing my manuscript, I began hunting for an agent. Ultimately, I ended up finding my publisher, Lee and Low Books, by submitting my manuscript to their New Visions Award and winning the Honor Award in 2019. Once they offered to publish my book, I again thought the hard part was behind me, but that’s when the editing process began. I was fortunate to work with an amazing editor, Elise McMullen-Ciotti, a Cherokee writer who really understood the importance of the story I was trying to tell, and she found an incredible artist named Justin Johnson, who illustrated the cover and several beautiful pieces of interior art.

Once the editing process was complete, I figured it was downhill from there, but then the marketing phase started. I found this stage particularly challenging because I didn’t have an author network, didn’t know what to expect, and had no social media presence due to the nature of my civil rights practice – I investigated prisons and police departments and had always strived to have a minimal online footprint.

A few months before Black Was the Ink’s Fall 2021 publication date, I sent out another round of queries to agents and was delighted to accept an offer of representation from Charlotte Sheedy. She’s represented so many authors that I admire like Audre Lorde, Pauli Murray, Jacqueline Woodson, and Mahogany Browne, just to name a few, and I was extremely humbled that she wanted to work with me. 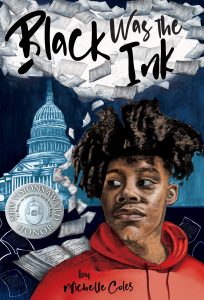 Now that Black Was the Ink has been in the world for a few months and was really well received, I feel like I can finally relax, although now I’m busy writing my next book. I’m grateful for every leg of my journey. I honestly didn‘t know there was such a vibrant and supportive community of Black authors and am in debt to all the incredible young adult authors who paved the way.

Learning about the Mother Emanuel Church’s long legacy of involvement in the Black freedom struggle inspired me to write a story that linked together the efforts of Black people across generations to achieve equality in America. Beginning with Denmark Vesey, the church’s founder and leader one of the largest attempted slave rebellions in U.S. history, to Richard ‘Daddy’ Cain, who led the church during the Reconstruction Era while also serving as one of the first Black members of Congress, to Coretta Scott King, who led a labor protest from the church’s steps during the Civil Rights Movement, all the way to the present with the head pastor, Rev. Clementa Pickney, serving as a sitting South Carolina State Senator at the time he was murdered by a young white supremacist, Mother Emanuel has been at the center of Black liberation movements. Suddenly, the link from slavery, to Reconstruction, to Jim Crow, to the civil rights movement, to present-day racial injustices, crystallized for me, and Black Was the Ink was born.

The more I learned about the Reconstruction Era, the more similarities I saw between that period and the present. It appeared as though America once again stood at a crossroads and had to determine what kind of nation it wanted to be. I hoped that by highlighting forgotten heroes and illuminating past injustices, we could hopefully, this time, choose better.

My first step is to think about the overall story that I want to tell. Then I start envisioning my characters. Who they are? What’s their personality? What do they want out of life? Then I start outlining, which is key to helping me organize my thoughts. This was especially true with Black Was the Ink since it is essentially two stories in one. You have the story of Malcolm, a modern African American teen, who is dealing with present day issues common to many Black youth, and you have Cedric, Malcolm’s ancestor who lived during the Reconstruction Era and served as an aide to some of the first Black members of Congress. Throughout the book, the lives of Malcolm and Cedric are intertwined, as Malcolm literally time travels to the past to walk in Cedric’s shoes. I had to use an outline to keep all of the events straight and make sure it all made sense.

Because I have several young children, I did my best work late at night when they were all asleep. I’d usually find a comfortable place to work, like my couch or my bed, turn on some music, usually 90s Hip Hop and R&B, and get into a zone. Once I have an outline I’m happy with, I try to tackle one scene at a time to help my characters reach the next leg of their journey. Breaking the job down into small pieces helped it feel manageable, as opposed to overwhelming. As long as I worked on it a little bit every day, I felt confident that I’d eventually have a great story to share.

I was really excited to get my first starred review from ALA Booklist a few weeks after my book was published. I was also extremely that grateful the Zinn Education Project named Black Was the Ink one of its favorite books of 2021, especially since Howard Zinn’s People’s History of the United States transformed the way I viewed history when I read it in high school.

I love hearing young readers’ reactions to Black Was the Ink. In my first school visit, a teacher told me that one of her students, a Black girl from Houston, had never spoken in class until she started reading my book and found a character that she could relate to. That literally brought tears to my eyes. Another time, a white parent from North Carolina told me that he noticed his teenage son’s light on in the middle of the night and thought he was up late on his phone only to  find out he was reading my book. Another parent told me that they had given their child my book to read as punishment for fighting in school, and when the child was getting ready to spend the night at someone else’s house, she asked if she could take the book with her. One librarian tagged me in an Instagram post and said that after reading my book with her book club, the teens were able to have a fulsome discussion about eminent domain, gerrymandering, generational wealth, and Jim Crow laws. One person messaged me to say reading Black Was the Ink changed his life in the matter of an instant. These heartfelt responses have impacted me deeply and let me know that all of my hard work was worth it. Also, my kids are really proud of me and can’t wait to read my book when they get older. Their faith in me, and by extension in themselves, is the greatest honor of all!

One thought on “Day 15: Michelle Coles”