The Brown Bookshelf believes in promoting the work of Black children’s book creators year-round. At the same time, we shine a special spotlight on select authors and illustrators during the month of February, in honor of the traditional Black History Month observance inspired by the efforts of historian Carter G. Woodson, who strove to illuminate the vast history and myriad contributions of African Americans at a time when society was particularly resistant to such. We hope you’ll be here every day of February. So next up…

It is my absolute pleasure to introduce Candice Iloh to you all. Not just because she is a rising star in the kidlit industry but because she was also my student at Lesley University. Her debut, EVERY BODY LOOKING was a manuscript we worked on for two semesters. She also did a one-woman show ADA ON STAGE based on this piece that was absolutely mind blowing. Candice has a lot to say, so I’ll let her do the talking from here on out.

Tracey: What made you consider writing as a career? 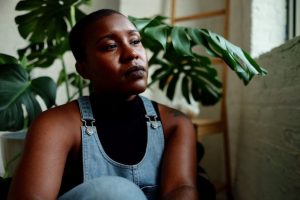 Candice: It’s weird, you know. I feel like I’ve “started writing” several times in my life without realizing I was jump-starting my career. I know my teachers began recognizing my passion in middle school. In high school, I vibed with my advanced composition teacher the most because he plucked my curiosity when he introduced my 17 year old self to avant-garde art and the idea of being evocative on purpose. He often waxed poetic about writing in ways that made it sound like a delicious piece of mischief that only the bold-enough dare try. My curiosity grew bigger in college when a friend suggested I write a poem to release some pre-exam tension. I didn’t know that poem would push me closer to the Me that would drop that major altogether to write.

Then began my love affair with open mics, the true catalyst for me. I started meeting all these cool black writers in DC who spent their time working on poems to share in front of strangers every week. Poems they memorized. Poems that split them open to write. One of those people was Jason Reynolds. We randomly met one day at a bar and afterward I searched the internet for his email because something in me knew I needed to know him and I wanted to read his work.

When I found it, I started emailing him my poems and he actually would respond to my emails with feedback, book suggestions, and residencies he thought I should start researching. During our first serious conversation about what I wanted to accomplish, he stopped mid-sentence and said, “You should be taking notes.” I haven’t read or written simply for pleasure since. Every book I touched became research in my hands.

Tracey: I love that idea about writing being a delicious piece of mischief. So, what was your journey to becoming published? 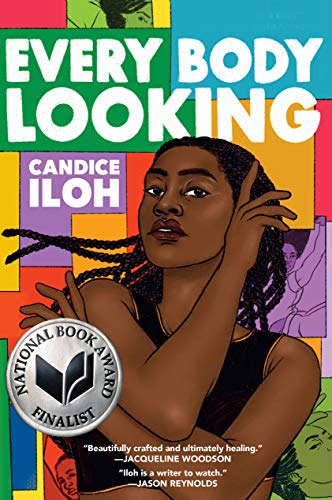 Candice: The existential answer: As I studied my craft, I continuously looked to find ways to get my work out there. I started finding art events where I could read my poems aloud to strangers. I started listening to feedback and learning how to edit. I began to read a lot so I could recognize different kinds of choices that a writer can make to tell their stories. Then I started to send things out into the world as my confidence began to build.

The logistical answer: After undergrad I began applying to residencies when I felt like my work stood a chance on the page. Those residencies provided me a space to work out my ideas in a supportive environment among other queer/black writers. Sharing and being shared with helped me see my writing from the perspective of various readers, which gave me good information about how clear I was being in my work. This helped me to see if my work was being received in the ways that I wanted.

After completing residencies at VONA, The Home School via Lambda Literary, and becoming an alum of the Rhode Island Writer’s Colony, I decided to apply to the low residency MFA program at Lesley University in Boston to study Creative Writing for Young People. I didn’t actually want to be in grad school but I knew the pressure would make me write. The flexible structure allowed me to keep working as a teaching artist in New York while I studied and wrote.

I was already a poet, but not yet a novelist and I needed as much support as I could get to try my hand at a novel in verse. I applied to the program with a letter and the first 15 pages of my very first draft. My final semester there, I began using Twitter’s publishing hashtags to find and research prospective agents to represent me, namely Manuscript Wish List (#MSWL). I eventually queried about 20 agents/editors who liked my 140 character pitch. My agent was one of the last agents that I pitched to when I realized she already represented my friend, Axie Oh, author of Rebel Seoul and XOXO (HarperTeen, 2021). She read it and a few months later I was signing with her agency. About a year later July 2018), we were pitching to Dutton YA/Penguin Teen to my now, editor. Two years after that, this past September, was the debut of Every Body Looking.

Tracey: I also want to mention that Candice and Axie met in the low-residency program at Lesley University. Okay, so who inspires you as a writer?

Candice: All the kids I’ve ever met while teaching between Washington, D.C. and New York, from the detention centers to the public schools all over the city, are a big part of why I do any of this. But my first inspiration was me. The things I went through as a teenage black Nigerian-American femme made me bubble over with things I needed to say. Things I wanted people to look at up close.

Tracey: Yes, and that comes through really clearly in your debut. So here comes the dreaded process question. How do you do it?

Candice: You don’t want me to tell you about that hahaha. It’s not that inspirational. I’ve got lots of different notebooks filled with ideas for a whole bunch of books I want to write. It can be a lot to think about straight like that. So I try to designate specific days of the week where I have what I call “working hours” that I loosely use to put words down, and/or research. The usually occur after my morning routine, which starts at 5:30am every day. I like to start early so I have as many daylight hours as possible. The night is less ideal for me. I’m tired by then. But the closer I get to a deadline, the more and more those working hours increase and they stop being used for things that weren’t the literal sentences going into the manuscript. When I really need to work fast and focus, I have to remove all interruptions from my working hours. I’m a lot like a kid. If I take my eye off of what I’m doing too many times, I lose the energy. As I start getting stuff down, I send to a handful of writer friends for feedback as I go along. Eventually, years down the line it becomes a book hahahaha.

Tracey: To be honest, I don’t think that most people’s process is inspirational. It’s work. How you find a way to get to the work is all that matters. Okay now, tell everybody about the amazing buzz this book has gotten.

Candice: Ayayay, I’m squirming but I’ll step up to the challenge: My name is Candice Iloh, author of Every Body Looking, a 2020 National Book Award Finalist for Young People’s Literature. I have received starred reviews from the Kirkus Review, Publisher’s Weekly, and Teen Vogue. Prior to the release of my debut, I received a 2018 Critical Breaks Resident Artist Fellowship with Hi-ARTS, where I developed and debuted my first one-person-show, Ada: On Stage, the live show and first iteration of Every Body Looking. I’m also very cute! Hahahahaha!

Tracey: It’s true. She is very cute. Candice also wrote this before the ALA awards, where EVERY BODY LOOKING was awarded a Printz Honor. I’m happy to do that bit of bragging for her. Do you have any thoughts on the state of the industry as relates to Black creatives?

Candice: I don’t spend a lot of time thinking about this. Yeah, we discuss this often amongst ourselves but I don’t like paying too much attention to what is or isn’t happening for me because I’m Black. It starts to feel debilitating and I have too much I want to do to be consumed by all of the possible road blocks. I think about my stories. I focus my energy on the books I want to take up space on these shelves. I focus on making, because that is my actual job. I meditate often on Toni Morrison’s words when she said that the function of racism is to distract us from our [life’s] work. I don’t want to spend my whole life and career trying to prove I’m worthy of being here. I’m just going to be here as fully as possible. And that means my job is to continue writing.

Candice Iloh goes by she/they. You can find out more about Candice at Becomher.com and find her on Twitter @becomher
For original resources on Candice and EVERY BODY LOOKING, go to TeachingBooks.