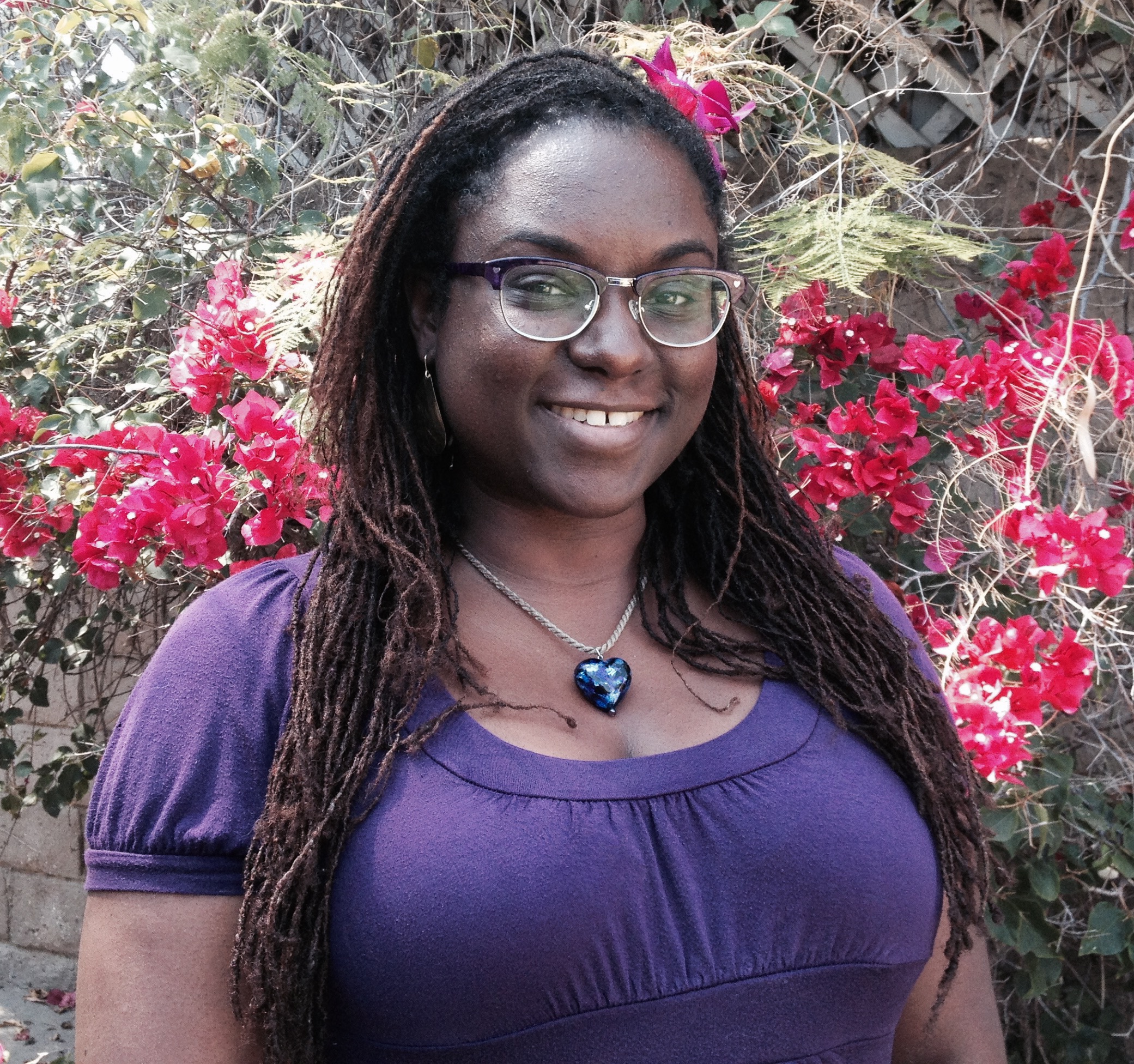 We at The Brown Bookshelf have been in countdown mode for a while now, excitedly waiting for this day–the commencement of our tenth 28 Days Later campaign!

For those who may be joining our celebration for the first time, the goal of 28 Days Later is to promote increased awareness of black authors and illustrators creating books for children and young adults. Our honorees are those who may be flying “under the radar” of book buyers, as well as those who have reached vanguard status in the literary community.

This year, we have organized our honorees into four different categories: 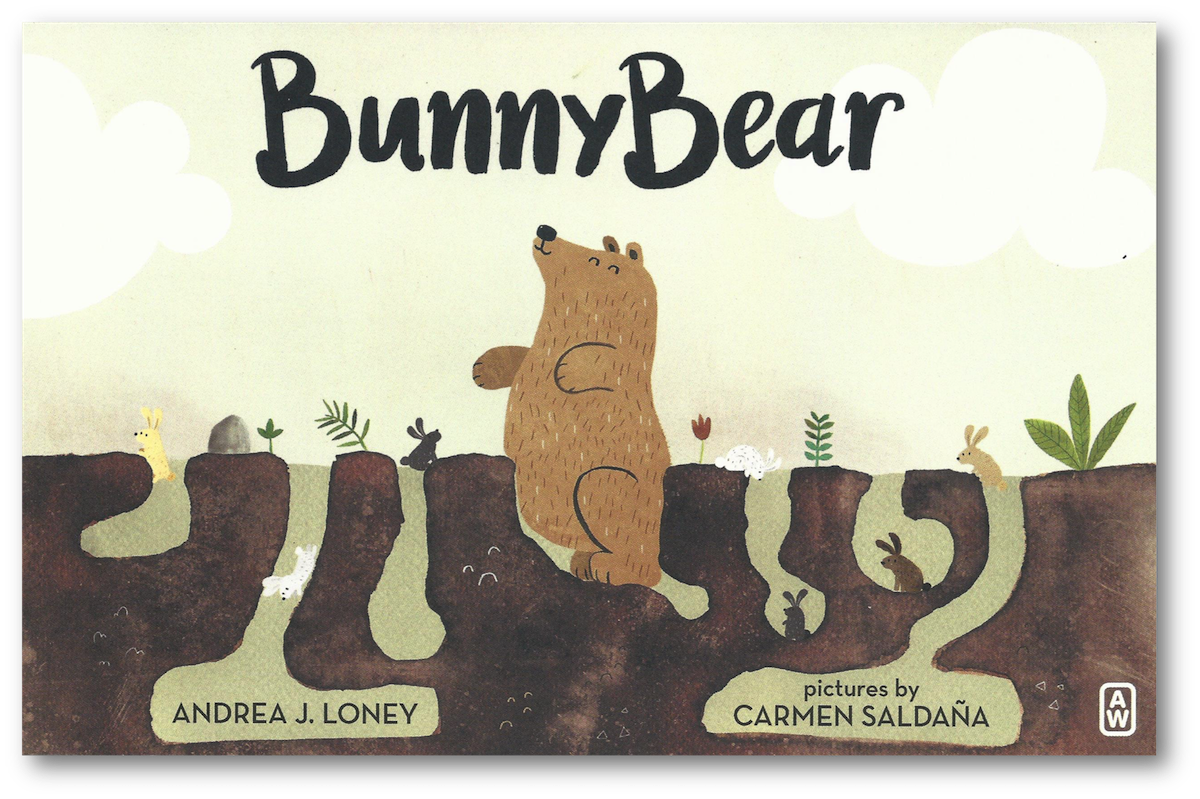 Loney is new on the kidlit scene (her first title, BUNNYBEAR was released just yesterday–you can’t get any newer than that), but she won’t be wearing the newbie title for long. Her second book, the 2014 Lee & Low New Voices Award winner, TAKE A PICTURE OF ME, JAMES VANDERZEE! is due out this May…and she already has a third book on the way (read on for more details on that one).

Without further ado, we present to you on Day 1 of 28 Days Later, debut author Andrea J. Loney!

I’d always loved reading and writing when I was a child. Words fascinated me – their many definitions, their origins, even the way they felt in my mouth as I spoke them. And of course, I loved stories. At the age of seven, I decided that someday I would become a writer.

In college, I studied to be a poet, a playwright, and a screenwriter. Then I moved to Los Angeles to work in film and television, often as a writer. But I always wanted to be an author. And I dreamed of writing the kind of picture books that might stay in a child’s heart forever.

Eventually, I took some online classes in writing children’s books, but it wasn’t until I joined the Society of Children’s Books Writers and Illustrators (SCBWI) that my dream of becoming a children’s author really came into focus. I joined critique groups online and in person, attended SCBWI events, and even joined a competition by Julie Hedlund called 12×12, where the participants write 12 picture books in 12 months and submit them to agents.

Once I got into the habit of writing and revising so many manuscripts, things took off. By the fall of my first year of 12×12, I’d written the manuscript for TAKE A PICURE OF ME, JAMES VANDERZEE!, a picture book biography of the famous Harlem Renaissance era photographer. Two months after I finished it, that book won the Lee & Low New Voices Award and will be published in May of 2017. The next year, through 12×12, I met my ever-awesome agent, Jill Corcoran, and sold another story, BUNNYBEAR, which just came out yesterday! Last year a third book sold, and will be published in 2019. We also have a few manuscripts out on submission. And I’m still in 12×12, writing new picture books. 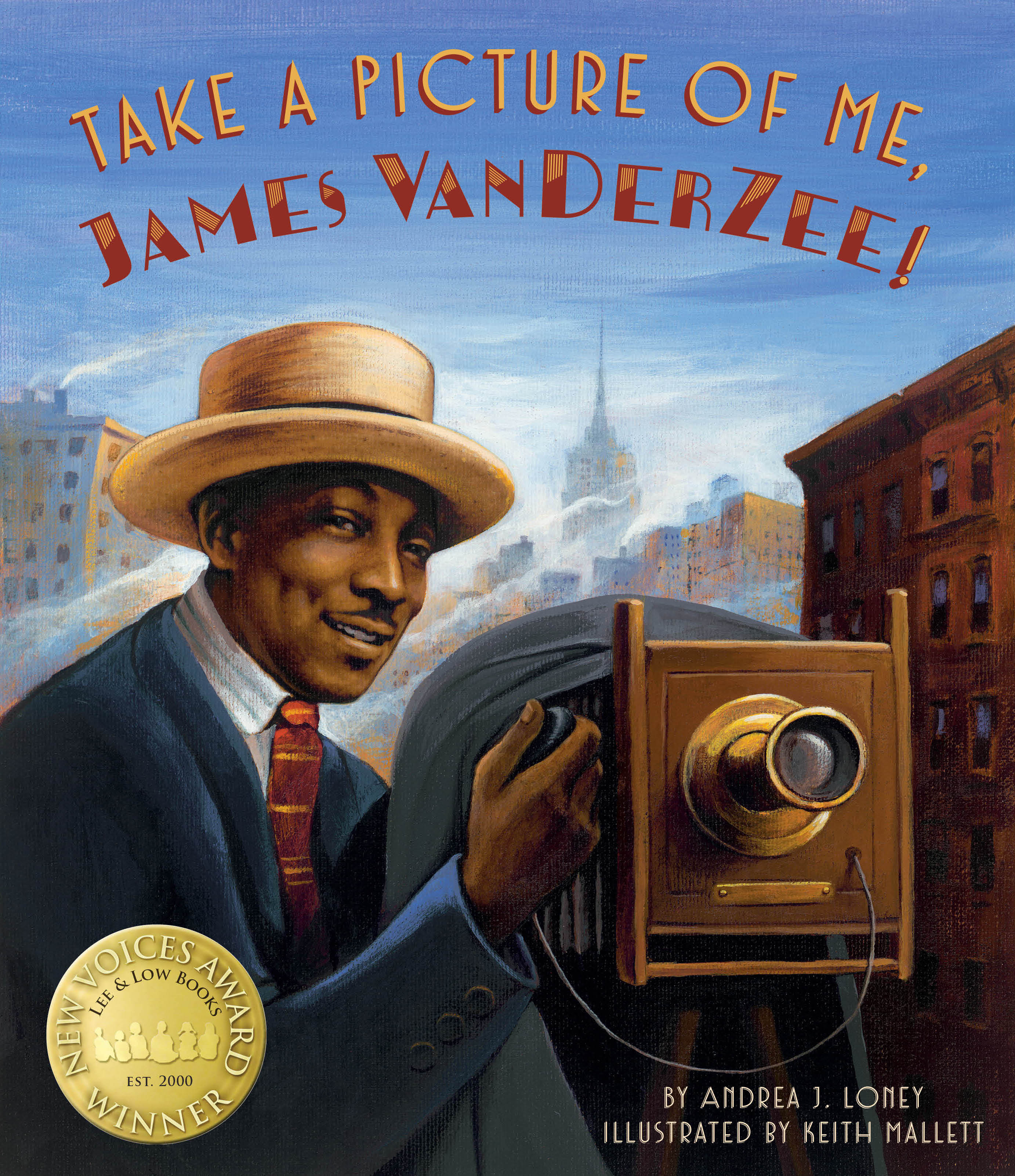 When I was first starting out, I was inspired by classic children’s literature like the work of Ezra Jack Keats, Maurice Sendak, and Hans Christian Anderson. I adored the works of Faith Ringgold, Virginia Hamilton, and the glorious illustrations by Leo and Diane Dillon, Brian Pinkney, and Tom Feelings. Now I read several picture books a week, and I’m inspired by almost all of them in some way or another. But these days my work is often inspired by the children I encounter in class or while volunteering at a Saturday reading program. These little people lead such fascinating lives and I’d love to see more of their stories out there in the wider world of children’s’ literature.

My ideas seem to come from everywhere, but once I’ve found a story that simply won’t let me sleep at night, I roll it over in my mind until it takes a cohesive form with a beginning, middle, and end. Before I write anything down, I try to compose as much of the text in my head as possible and to recite the phrases over and over again until it feels right. Then I write the words down in a notebook – I write first drafts by hand so I can slow down and physically connect with each word. After a few days, I rewrite the story, and when it feels ready, I type it up on my computer. Once I’ve revised the story to the best of my ability, I send it to a critique group for feedback. Then I take it to another critique group and sometimes another until I feel like the story is at its best. Once I can’t find anything else to fix in the manuscript, I send it to my agent, and then she and I will go back and forth on the text, making changes until she feels it is ready to send out.

While I often work in my lovely home office, dubbed The Imaginarium, I write pretty much anywhere — the dining room, the kitchen table, the kitchen counter, the living room couch, mall parking lots, park benches by the ocean, coffee shops, or the faculty lounge in my college. And I write on computers, my phone, notebooks, post-it notes, junk mail, or whatever is handy when an idea strikes. I even have a waterproof notepad and pencil in the shower.

Hmm… of the writers of color I know, they are already on your radar. Jessixa Bagley tells deeply resonant stories featuring adorable little animals. I see Rasheed Wallace and Saddler Ward’s HONEYDEW & MARYLU picture books at many local California book events. I’m sure that the moment I turn this in I’ll think of ten more people!

There are so many more stories out there than we are seeing on the shelves right now. I volunteer as a reader in a school with mostly Hispanic and black students, and it is rare that we read a book together about someone who looks like any of us. And when I go to children’s book publishing events, I don’t often see many other people of color represented as writers, illustrators, editors, agents, or other publishing professionals. The bottom line is that people of color have entire libraries of evocative, meaningful, and unforgettable stories to share right in our communities, but if we don’t find a way to tell them ourselves, they may never be shared with the larger world. We simply need to get more stories about children of color into the pipeline and on to the shelves. And not just “issue” stories, historical stories, or “urban” stories. Our tales run the gamut from the past to the future, from literary, to comedy, drama, graphic novels, epic fantasy, adventure, romance, science fiction, and beyond.

So whenever I work with students of any age, from age five to age 85, I tell them that I am an author, and if they also want to be an author, to just start writing. I tell them to write the story they want to tell, not just what’s already out there. I tell them to share their work and don’t stop until someone hears what they have to say. Because our words are important. And our stories matter. 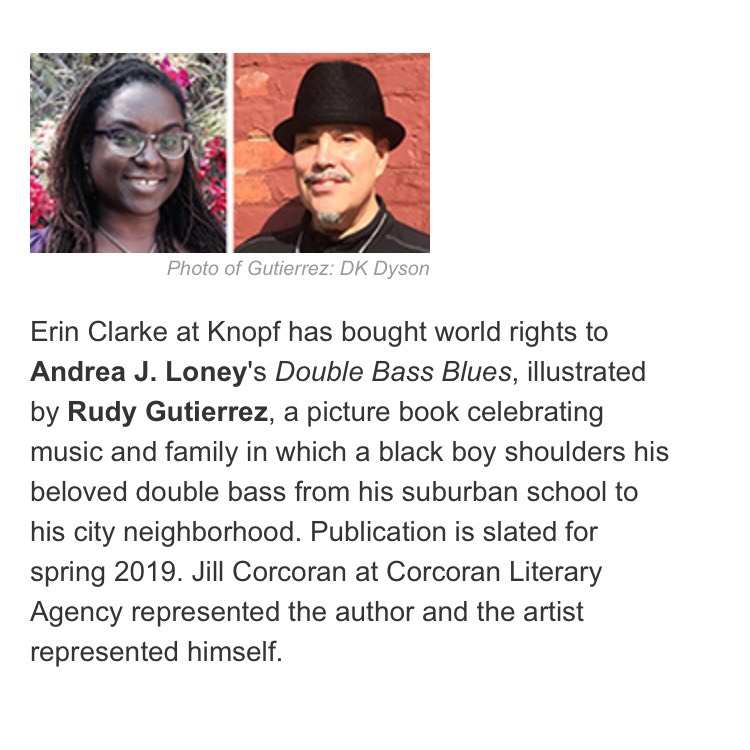 The Buzz on BUNNYBEAR

“A sweet story of friendship and acceptance. Whimsical, cheery illustrations tell the story of a bear who looks like most bears. But when he is alone, he bounces, wiggles his nose, and nibbles on strawberries. He calls himself Bunnybear. The other bears don’t understand him and deem him odd. So he leaves home and eventually finds himself looking down a rabbit hole. Even though they are “tiny and fluffy and bouncy, like Bunnybear’s heart,” the rabbits find him as odd as the bears did and tell him to leave. Alone and bewildered—he doesn’t feel like a bear, but he doesn’t look like a rabbit—he is at a loss. Then he meets a rabbit. Only this rabbit is more than a rabbit: she looks like a rabbit but feels like a bear—she is Grizzlybun! And so starts a friendship of two who look one way on the outside but feel another way on the inside. Unlike many stories of differentness in which the characters just want to fit in, here the characters are happy to be who they are—it is others who must come to accept them…A nice addition to the identity and acceptance bookshelf.” — Kirkus Reviews

“In a story about sticking to what you know to be true, even if it goes against social norms, debut author Loney introduces a bear who feels most like himself when he’s doing the sorts of things that bunnies do…Bunnybear’s fellow bears don’t understand him, nor do a warren of bunnies—except for one named Grizzlybun, who declares herself a bear…Working in what looks like a combination of painting and digital techniques, newcomer Saldaña creates an appealing cast of wild animals and an equally inviting woodland landscape, and she doesn’t ignore the humorousness of a bear who prefers hopping to stomping or a bunny whose inner ferociousness outstrips her small size. But despite the lighthearted tone, Loney’s story has important things to say about identity and acceptance, and is valuable both as entertainment and a conversation-starter.” — Publishers Weekly